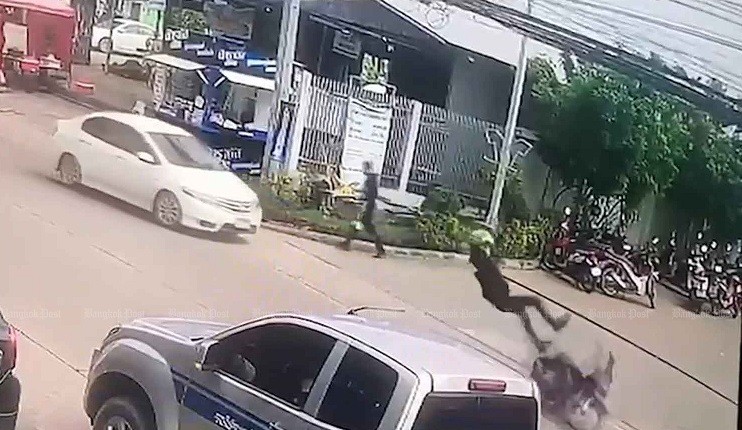 A young man was caught by the neck and yanked off his moving motorcycle by a low-hanging overhead cable in Khon Kaen on Monday afternoon.

The motorcyclist, who was wearing a full-face helmet, recovered, picked up his damaged bike and later rode off, but a video of the incident went viral.

The video showed the motorcyclist being caught across the neck by a loose communications cable and falling heavily onto the ground as his bike toppled and slid along the road.

Local vendors said that luckily the motorcyclist was not speeding. He got up and had a red mark across his neck, but a moment later rode his motorcycle away.

His name was not known.

The two said it was not the first time an accident like this had happened, but those responsible for the cables never bothered to fix them.

Local people had tried to raise up the low hanging cables, but they would just drop down again. On Monday, a passing truck had hit and pulled down the cable just before the motorcyclist arrived. 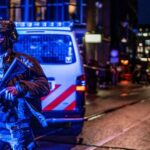 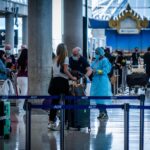