Busty Girls: Research has proved that prolonged staring at ladies boobs can increase the length of a man’s life. Personally I think it depends on which lady as I expect there will be some circumstances where it could instead reduce it, down to the next few minutes if you are not careful.

After lengthy research the gerontologist Dr Karen Weatherby has announced that ‘Just ten minutes of staring at the charms of a well-endowed female is roughly equivalent to a thirty minute aerobic workout.’

This genius of a doctor and her fellow researchers at three hospitals in Frankfurt, Germany have reached their conclusions after considering the health of 200 male outpatients, half of whom were tasked with looking at busty ladies every day whilst the other half were told not to do so.

‘Sexual excitement gets the heart pumping’ explained Dr Weatherby in what must be an Olympic medal-winning example of stating the bleeding obvious. ‘That improves blood circulation,’ she continued.

‘There is no question gazing at breasts makes men healthier. Our study indicates that engaging in this activity for a few minutes a day cuts the risk of stroke and heart attacks in half. We believe that by doing so consistently, the average man can extend his life by four to five years.’


Not being the average man – I have just calculated that by this reckoning I am to live until I am 345-years-old and never need to go to the gym, which is more great news.

Further research has revealed that semen is biologically good for ladies.

For many years scientists have looked into the risks of having unprotected sex and although what would seem to be obvious to most of us still needs to spelled out for some people, others, I am glad to say, have looked at the issue from a completely different perspective.

On 26th June 2002 The New Scientist published an article that caught the attention of many entitled ‘Semen can act as an anti-depressant’ which concluded that having unprotected sex makes you happy.

Gordon Gallup, a psychologist at the State University of New York led the study team and found that women who are directly exposed to semen were less depressed than those who used condoms because mood-altering hormones in male semen are absorbed into the female body.

He also found such ladies were able to overcome broken relationships much more quickly. Presumably by receiving a fresh supply of semen from a new donor.

In what must have been the best piece of scientific study of all time Gallup’s team divided 293 female students into groups depending on how often their partners used condoms and then assessed their happiness by using the Beck Depression Inventory, which uses a questionnaire and declares those with a points total of 17 are considered depressed.

Survey results later revealed women directly exposed to semen scored an average of 8 points and those who used condoms all the time scored 15 points. Girls having no sex at all scored 13.5 points.

Gallup also found that cases of depression, suicide or attempted suicide were much higher with women who used condoms and you have to admire his bravery in asking such a question of a depressed or suicidal lady. ‘

Please miss, will you come down off that window ledge, oh and by the way, when you and your boyfriend have sex do you use a condom?’

Whilst most of us have always known semen will alter the mood of a young lady I don’t believe many of us realised it could be for the better. It certainly doesn’t often appear that way does it lads?

But Gallup is convinced, ‘It suggests there is something in semen that can alter moods. If you could isolate what it is in semen that appears to be doing this, you might be able to use it as an alternative way of treating depression.’

The survey also revealed women exposed to semen find they are able to recover from broken relationships more quickly. ‘They experience rebound,’ said Gallup. ‘It is as if they find semen addictive.’

Further evidence from the University of Adelaide suggests exposure to semen leads to less problematic pregnancy as it can condition the mother’s immune system making it less likely to harm a growing foetus.

But this somehow didn’t ring true to me and when I looked again I noticed it was the University of Adelaide, which means it is in Australia. Australia? Scientists?

There is something wrong there, especially as they conclude semen will have the strongest and most positive effects on the female body if swallowed.

I have no doubt many amateur scientists reading this are about to carry out their own experiments, as are my friends and I. In the name of scientific research you understand.

But one line of advice, be very careful about introducing your semen to hormonal or depressed women. You have been warned. 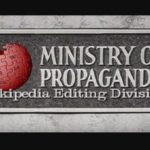