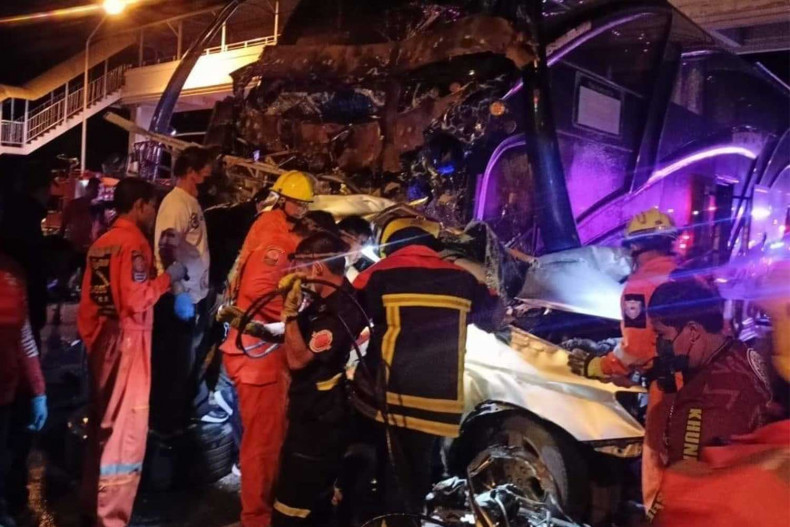 A pickup passenger was killed and at least 12 other people injured when a tour bus rear-ended a line of vehicles stopped at intersection traffic lights in Phon district of Khon Kaen early on Thursday.

Police and rescuers arriving at the scene found an air-conditioned tour bus with Khon Kaen licence plates with its front stove in and five other damaged vehicles that had been waiting at the intersection lights – a crumpled pickup truck at the rear, two 10-wheel trucks, a van and a cargo truck.

A man identified only as Amnart, 53, was found dead in the passenger seat of the wrecked pickup. His 24-year-old son was in the driver’s seat and badly injured.

There were 11 other people also injured in the pile-up, according to most Thai media. Some reports put the injury toll as high as 20.

Police said the bus was carrying teachers from schools in Sakon Nakhon province on a study trip to Rayong.

The bus driver, identified only as Siriphong, told police he was unable to brake in time to avoid hitting the vehicles waiting at the intersection lights.

Police held him for further questioning. The investigating was continuing. 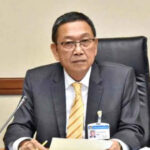 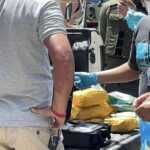