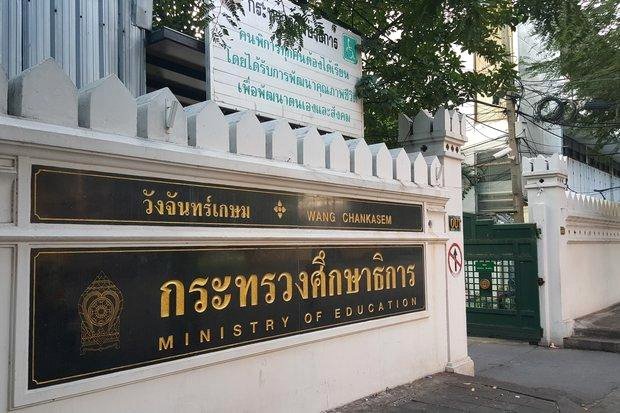 BANGKOK: Seven high-ranking education officials and retirees have been found to be involved in the embezzlement of more than B88 million from a protection fund supposed to help underprivileged children, according to an internal Education Ministry probe.

Athapol Truektrong, the Education Ministry’s inspector-general who is heading the inquiry into the alleged corruption, said three of them have already been transferred pending further investigations into their links with former senior official Rojana Sintee – who has confessed to embezzling money from the fund.

Ms Rojana has already been dismissed as a government official.

Mr Athapol said that the other four officials and retirees were not directly involved with Ms Rojana, but they approved disbursements based on false documents prepared by Ms Rojana and her team.

“Although they were not directly involved in the cheating, because they were responsible for looking after the fund, they may be held accountable for dereliction of duty,” he said.

He did not disclose the names of the seven officials and retirees.

“The permanent secretary for education will set up a disciplinary committee to decide what action should be taken against each of them. It could be anything from a light reprimand to dismissal from the service,” he said.

Mr Athapol said his committee is still checking 68 bank accounts suspected of involvement in the embezzlement.

“We are waiting for Krungthai Bank to provide us information about these accounts, so there is a possibility that we might find more state officials involved in the embezzlement,” he said.

“If there are more people involved, they will be summonsed and question in the same manner as the other seven officials and retirees,” he added.

The scandal was uncovered during the internal auditing of the 2017 budget for the Office of the Permanent Secretary of Education.

The ministry’s probe said embezzlement from the fund began in 2004 and totalled about B88mn, although Ms Rojana claimed only to have channelled money out of it since 2012, with sums being transferred into the accounts of associates instead of the rightful recipients.

Pattaya drugs party gets unwelcome visitor – the chief of police!

US retiree accused of running ‘sex tours’ on Thai-Myanmar border