Home » British pensioner robbed of B200,000 by fake Pattaya cop 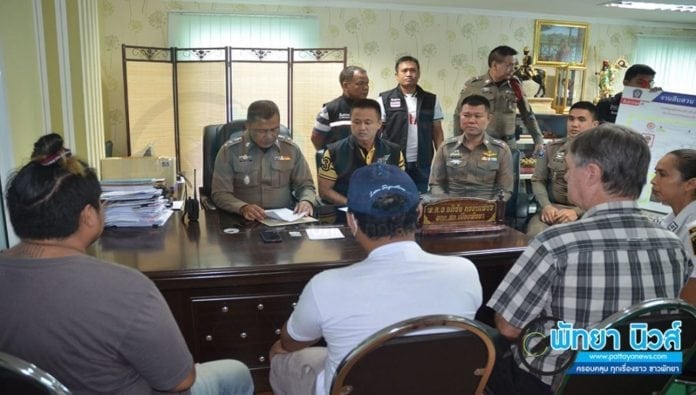 British Pensioner: Police in Pattaya have arrested a man who was posing as a police officer to extort money.

Back in May 2018 Peter William John Stonebridge, 66, from the UK had been contacted by someone claiming to be a policeman by the name of Theerachart.

Mr Stonebridge mistakenly believed he knew Theerachart and fell for his story that his son needed an urgent operation and could he borrow money for a few days.

He transferred 200,000 baht to him via an account under a woman’s name (Phanphit Phatpheng) in Nong Bua Lamphu in Thailand’s north east.

A few days later when it was time to return the money Theerachart disappeared. Inquiries at Pattaya police station revealed that there was no one of that name working there.

In December of 2017 posing as “Sergeant Kitisak” the same man had ripped off another businessman to the tune of 30,000 baht.

Police inquiries in Pattaya and Phuket established that the fraudster was responsible for a string of cons posing as a police officer to rip off traders, hoteliers and business people for tea money in protection rackets.

Finally their inquiries led to Suchart “Num” Sombatchai, 34, who was arrested at Nong Bua Lamphu hospital and brought back to Pattaya.

There station chief Pol Col Apichai Krobpetch charged him with impersonating a police officer and fraud.

Evidence in the form of the bank account, a phone and several SIM cards tied up the case against Suchart.

Man charged with raping own daughter for five years