Just a few months ago, the idea of a Buffy The Vampire Slayer reboot was doing the rounds again. The supernatural horror series, which ended back in May of 2003 (what!) has often been placed upon the slab for reexamination, not least by FOX.

“I think if you look in our library, Buffy is probably the most ripe show we have for bringing back,” said FOX TV group chair Gary Newman in March. “It’s something we talk about frequently, and Joss Whedon is really one of the greatest creators we ever worked with. When Joss decides it’s time, we’ll do it. And until Joss decides it’s time, it won’t happen.”

In a new interview with News Au,  Claire Kramer – who memorably played season 5 villain Glory in the beloved series – is of the same opinion. When asked if Buffy fans are clamouring for a reboot in this age of many reboots, Kramer replied “No! Nobody wants it.”

Though the idea of starting over with a new Slayer has been touted in the past, the actress suspects that this would be the wrong choice. “I think people are interested in what is happening with it but I don’t think true Buffyfans want it unless it’s with the original cast which I don’t think will happen. I could be wrong, so people should come find me on Twitter and correct me if I’m wrong.”

Kramer concedes that a Buffy reboot may well be inevitable, however.

“When you have a property that’s as popular as Buffy, something will be done with it. I think would take something special,” she mused, before reaffirming her belief that creator Whedon and original star Sarah Michelle Gellar would have to be involved. “I don’t know what the story would be. It has to change yet remain true and loyal to the show’s original values, morals and tone.”

Whatever happens, she now accepts that Glory and her God-like fame will stay with her forever. “Buffy fans have very strong opinions, they still do. It was something I didn’t understand at the time. I was relatively new in the business at the time and it hadn’t really hit me. The day after my first episode as Glory aired, I was in my pyjamas, pumping gas into my car and someone yelled out, ‘Glory, you’re never going to get Buffy!’. That’s when I realised a lot people watch the show and I’m part of something special. But even at that point, I didn’t know it would be a lifelong gift.” 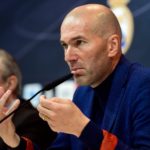 How Brooklyn Nine-Nine Was Saved From Cancellation (EXCLUSIVE)