Muay Thai legend Buakaw Banchamek went the distance against Ukrainian Oleksandr Yefimenko at their match on Friday night in Bangkok, failing to knock out his opponent as he did in his last two matches.

After ending the match in a draw, Buakaw said he would need to do his “homework” to knock out his next opponent.

The 21-year-old Ukrainian managed to sweep the Thai fighter off his feet in the first round, but 40-year-odl Buakaw got back up immediately. Yefimenko’s punches were blocked by Buakaw, but he scored with low kicks as he targeted BuaKaw’s legs.

Yefimenko continued to focus on low kicks at the start of the second round, but Buakaw responded more aggressively with punches at close distance.

Buakaw took more low kicks at the start of the third round, but as it progressed, the veteran became more successful with his combinations of punches to Yefimenko’s face and kicks to his body.

Both fighters were still standing as the bell sounded. The match had no winner and will not appear in either fighters’ record.

After the match, Buakaw told reporters that the fight made him realise he had not trained enough and needed to “do more homework” before his next match to score a knockout.

Friday’s match was part of the “Rajadamnern World Series” organised by Global Sport Ventures and the Kickboxing Association of Thailand (KAT). It was sponsored by the National Sports Development Fund. 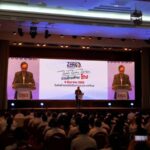 Thai PM vows not to tolerate corruption in government bureaucracy 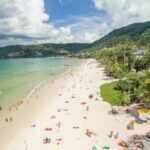 Business is booming but staff hard to find