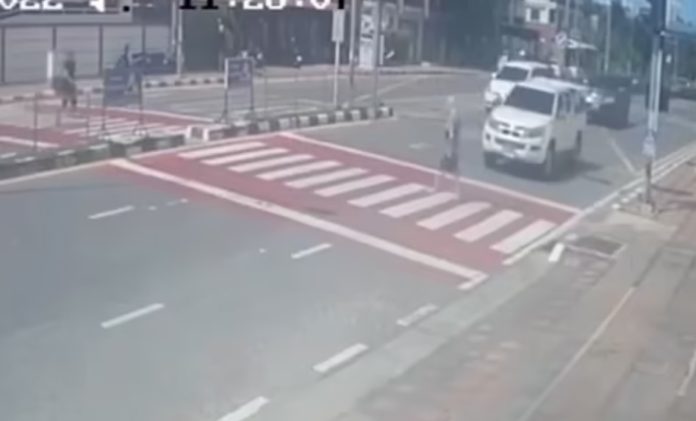 Shocking footage has emerged of a pickup truck slamming into a British pensioner while he was crossing a road in Thailand.

A white pickup truck rammed into 74-year-old Peter Palmer as he made his way across a zebra crossing in Chonburi, Thailand, yesterday.

Mr Palmer, who was on holiday, had made it halfway across the pedestrian crossing when the white Isuzu D-Max rammed into him as it drove through a red light.

He was flung into the air like a ragdoll as the car struck him at speed – but somehow survived the collision.

The pickup truck slowed down slightly after striking him, before quickly driving away at speed.

The pensioner was then rushed to a nearby hospital, where he received four stitches for a head wound and was taken for x-rays for a painful hip injury.

Mr Palmer, speaking to a local Thai journalist, said: ‘I leave condo to cross the road for breakfast. I see light go green at it said 12 seconds to cross. One man comes towards me and car hit me.’

The holidaymaker added: ‘If the pickup driver sees me on the news, I would like to tell him to surrender himself and take care of me. Both motorists and pedestrians should be more careful when using roads for the safety of everybody.’

He added he will be filing a complaint with the police after he returns from the hospital.

He has also appealed to Thai media to broadcast his story to help him track down the driver. The licence plate was unclear on the CCTV security footage.

Penalties increase if a victim was killed or seriously injured. 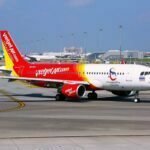 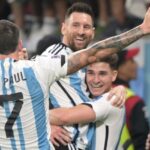