Home » Britain worse off under any Brexit: Treasury 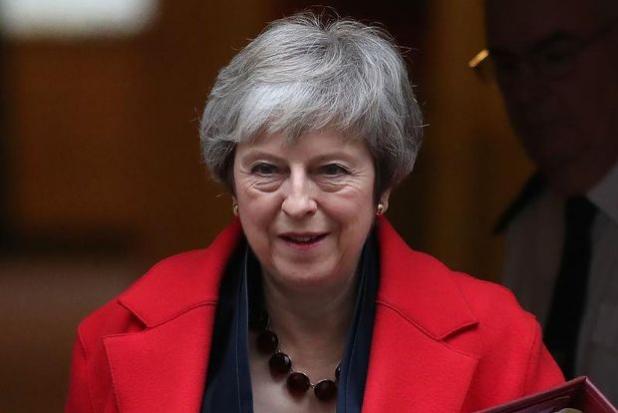 Britain will be economically worse off for leaving the EU, finance minister Philip Hammond said Wednesday, as Prime Minister Theresa May takes the Brexit divorce deal to a skeptical
Scotland.

Hammond’s Treasury ministry said that over the next 15 years, Britain would take an economic hit from leaving the European Union in any circumstances, including under the agreement struck between London and Brussels that May is trying to sell.

May has less than a fortnight to convince hostile MPs to back the deal in a Dec 11 vote and avoid plunging Brexit into chaos, four months out from Britain’s March 29 departure date.

“Purely from an economic point of view, there will be a cost to leaving the EU because
there will be impediments to our trade. What the prime minister’s deal does is absolutely minimize these costs,” Hammond said, ahead of the Treasury report’s publication.

“This is a very modest impact on the overall size of the economy as the optimum way
of leaving the EU,” the chancellor of the Exchequer told BBC radio.

He insisted that the economy was not the only consideration and controlling Britain’s
borders, money and laws also had value.

“We have to look not only at the economy but the need to heal a fractured nation,”
said Hammond. 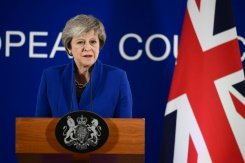 May was to face MPs again in her weekly
prime minister’s questions session in
parliament on Wednesday.
May runs a minority Conservative
government and opposition parties, as well as many of her own MPs, are against the deal.

Some Brexiteers think it keeps Britain shackled too closely to Brussels while proEU
lawmakers think the terms are worse than staying in the bloc and want a second referendum.

The poll also found that some 48% supported holding a new Brexit referendum and
34% were against.

If the parliamentary vote is lost, 48% said May should resign.

"Remaining in the EU would be a better outcome for the economy, but not by much" – Chancellor Philip Hammond says Theresa May's #Brexit deal "is very close" to the economic benefits of being in the EUhttps://t.co/I8tGIezoYM pic.twitter.com/JXg4DhHMGP

If MPs vote it down, Hammond said the government would “consider very carefully
how to proceed” through “uncharted political territory”, by studying which MPs voted
which way.

After facing lawmakers in the House of Commons, May was to head to Scotland to
appeal over the heads of MPs to ordinary voters to support her plan.

Having spent Tuesday campaigning in Wales and Northern Ireland, May will use her
visit to Scotland to argue that the agreement offers the prospect of an “unprecedented
economic partnership” with the EU after Brexit.

She will also emphasise that it will mean Britain leaves the EU’s Common Fisheries
Policy after a transition period scheduled to end in December 2020.

“At long last, we will be ‘an independent coastal state’ again — taking back full
sovereign control over our waters, and free to decide for ourselves who we allow to
fish in our waters,” May was to say in an address near Glasgow, extracts of which were
released by her Downing Street office.

Scottish fishermen are furious they will have to continue obeying EU rules during the
transition period, including much-despised quotas and allowing European vessels
access to British waters.

Thai Airways board approves plan to acquire 38 aircraft to keep up with growing market: President