Brazil surpassed 1 million confirmed cases of COVID-19 on Saturday, joining the U.S. as the only other country to eclipse the grim milestone.

Worldwide, there are nearly 8.7 million confirmed cases of the virus and despite many countries, including the U.S., relaxing their pandemic restrictions, the World Health Organization has warned that the virus is still very much a threat.

“The pandemic is accelerating. More than a 150,000 new cases of COVID-19 were reported [on Thursday], the most in a single day so far,” WHO Director-General Tedros Adhanom Ghebreyesus said in a press conference Friday.

He added, “The world is in a new a dangerous phase. The virus is still spreading fast, it is still deadly and most people are still susceptible. We call on all countries and all people to exercise extreme vigilance.”

Several states across the U.S. have seen record numbers of daily cases this week, including Arizona, Florida and Texas.

In Beijing, a new outbreak of the virus originating from the city’s largest produce market led the Chinese government to shut down schools and businesses while also locking down the surrounding residential areas. 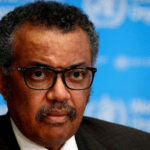 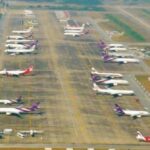