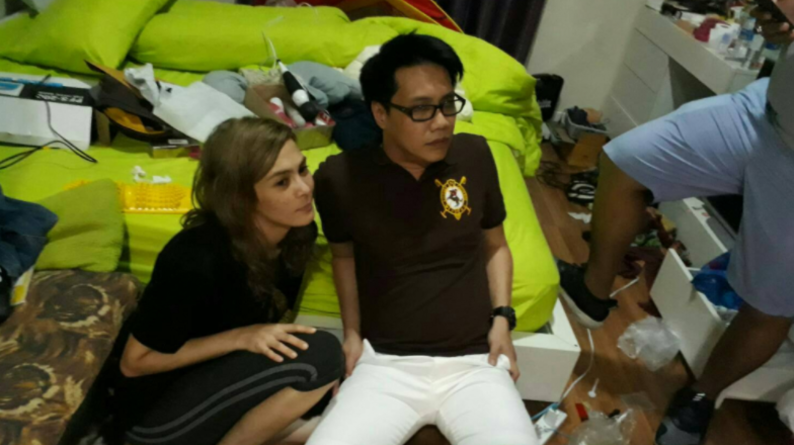 The boyfriend of Ex Thai Miss Teen “Amy”, who was busted along with the actress is set to deny all drugs charges set against him.

Amelia “Amy”Jacobs’ boyfriend, Poonyawat Hirantecha, has lawyered up and plans to deny possible drug dealing charges against him following a bust in which he and his former beauty queen lover were caught with 70 grams of crystal methamphetamine in their Bangkok home.

His lawyer, Chaiwat Dejprathoom, said yesterday that his client plans to admit to drug abuse but deny that he is a dealer. It is expected that the couple will be charged with possession with intent to sell, though no formal charges have been made yet, reported The Nation.

The couple were arrested on Tuesday and, at the time, they admitted to having bought 100 grams of crystal methamphetamine from a friend for THB40,000 (USD1,208) with plans to resell each gram for THB800 (USD24) .

About the couple’s alleged Tuesday confession, Chaiwat said that they will try to retract the statement given during initial interrogation.

The lawyer also noted that they will not seek bail due to the large amount of drugs involved and the unlikeliness of getting bail approved. The police have also said that, given the strong evidence in the case, they would object to bail for either defendant.

Yesterday afternoon, after Amelia’s father visited her in jail, the actress was brought before Minburi Court where police asked to detain the couple until their trial

In court, she cried continuosly and denied that she is a drug dealer.

“I am just a substance abuser, not a dealer,” she said. 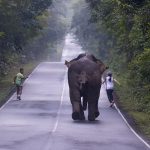