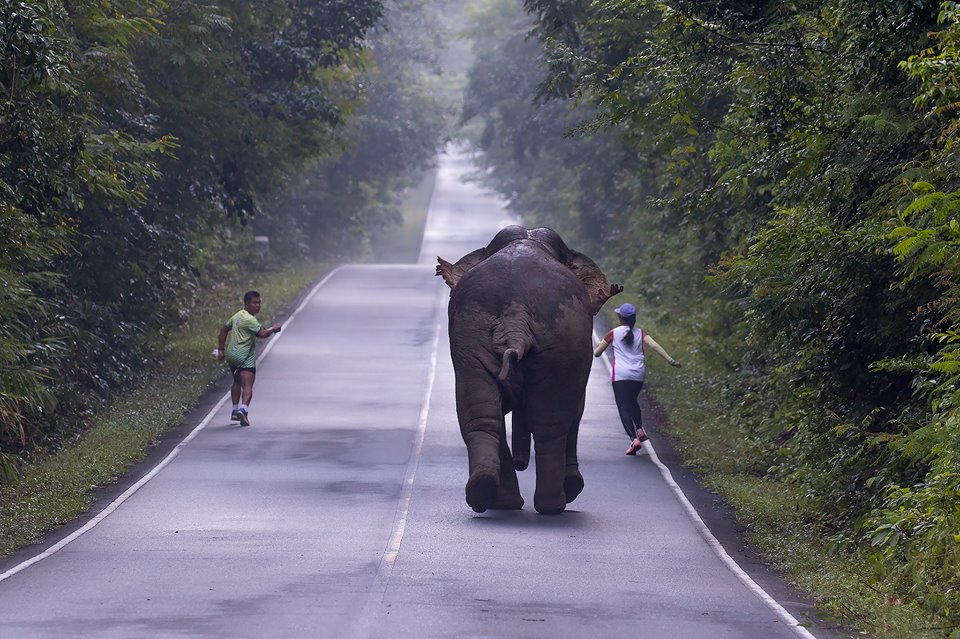 What was supposed to be a simple selfie, almost turned into a disaster as 2 runners were chased away by a wild elephant in Khao Yai.

A pair of runners jogging through Khao Yai National Park last week spotted a wild elephant snacking near the roadside and approached it to take a selfie.

However, the elephant wasn’t too pleased to have his meal disturbed by the duo so he began to chase them and they ended up having to run for their lives.

The story was photographed and shared online by Kamron Petprayoon, a park-goer who was photographing the elephants from a respectful distance, reported The Nation.

Kamron wrote that the event happened on Sept. 13 just after 4pm

“The elephant was eating leaves when I saw two runners go near the animal and take selfies with it. When they went nearer, I turned to change my lens. When I turned back, I saw the elephant quietly running towards them.”

Kamron wrote that he yelled “Watch out!” to the joggers, who began sprinting for their lives while Kamron went on photographing the incident.

The runners were pretty fast but the incident wasn’t over quickly.

“When the runners had gotten far ahead of the animal, it stopped chasing. But when they stopped running, it began to chase them again, making loud noises. This happened about three times.”

When the runners were out of sight, the elephant stayed in the road, blocking cars from passing until rangers came to lure it away.

Staff at the national park give constant warnings and post signs that visitors are not allowed to approach the wild elephants the park is known for.

Park Chief Kanchit Sri-noppawan, said the joggers were breaking park rules by trying to take selfies with the elephant. “Such acts are very dangerous because if the elephant gets angry, it could attack and kill them. It’s a warning to other tourists as well. They are very lucky that the animal was not very angry.”

He went on to offer some elephant advice as well.

“People can gauge an elephant’s feelings by looking at its ears and tails. If it is moving its ears back and forth, it suggests that it is in a good mood. But if it raises its ears and points its tail, that’s a warning that it is very disturbed and could harm people.” 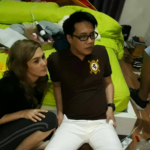