Angry tourism operators in Chiang Mai are offering gift vouchers worth up to THB50,000 for information that leads to the arrest of anyone posting false news of a new Covid-19 outbreak in the northern city.

They are worried that the social media post, which claimed “every square inch of Chiang Mai is under the risk of Covid”, would scare away potential visitors during the upcoming Songkran festival in mid-April, Chiang Mai Tourist Business Association director Amnart Duangsing said on Thursday.

Chiang Mai has been a popular destination for Songkran revellers.

The association has already lodged a complaint with the police regarding the matter.

Also, the group discussed the matter with local business operators who agreed to offer gift vouchers worth between THB30,000 and THB50,000 for accommodation, restaurants, spas, rental vehicles and zoos to informers, according to Amnart.

He added that the perpetrators would be charged with spreading false information on the Internet.

Anyone who has information regarding the perpetrators may call the Chiang Mai Tourist Business Association at 084-374-3310 or the Cyber Crime Investigation Bureau’s hotline 1441.

Travel business owners in Chiang Mai on Thursday voiced concern that the fake news could further make things worse for them after over two years of downturn during the pandemic.

Jarasri Lin, managing director of Respect Travel who is a member of the association, said she hoped the reward campaign would discourage the spreading of fake news that undermines tourism.

Another association member Anupong Thangwongsakul, who owns Chiang Mai Rainbow Tour, said that such fake news would adversely affect the city’s tourism as it could scare away many prospective tourists. 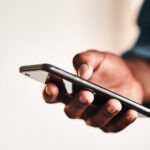 Thai, Cambodian police crack down on gang in Cambodia 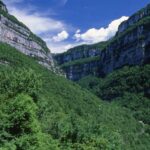