Bill Murray has reportedly been accused of ‘inappropriate behaviour’ on the set of Being Mortal.

The 71-year-old actor is said to have had the complaint filed against him last week and production on his latest film – which also stars Aziz Ansari and Seth Rogen – has been suspended.

According to the report, Ansari or Rogen were not part of the complaint.

Sources told Deadline the halt in filming is due to a complaint against Murray, while Searchlight Pictures has launched an ongoing investigation.

It’s said the complaint was filed last week, with production stopped on Monday, with a decision made to not restart filming as the investigation continues, and the team decide on their next step.

According to Deadline, Searchlight said it ‘does not comment during ongoing investigations’.

The report says the cast and crew were informed about filming being suspended in a letter from the studio on Wednesday night.

According to Vanity Fair, the letter read: ‘Late last week, we were made aware of a complaint, and we immediately looked into it.

‘After reviewing the circumstances, it has been decided that production cannot continue at this time. We are truly grateful to all of you for everything you’ve put into this project.

‘Our hope is to resume production and are working with Aziz and [producer] Youree [Henley] to figure out that timing.’

The film marks Ansari’s directorial debut as he helms, writes and stars in the movie, which is based on Atul Gawande’s 2014 nonfiction book Being Mortal: Medicine and What Matters in the End.

Principal photography got underway on March 28, and it’s said they were halfway through before the production was stopped.

There was initially a planned release plan for 2023, but it’s not yet known if the filming being halted will impact this. 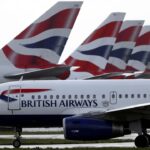 Airways axes over 100 flights for the next four months 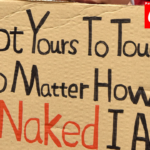