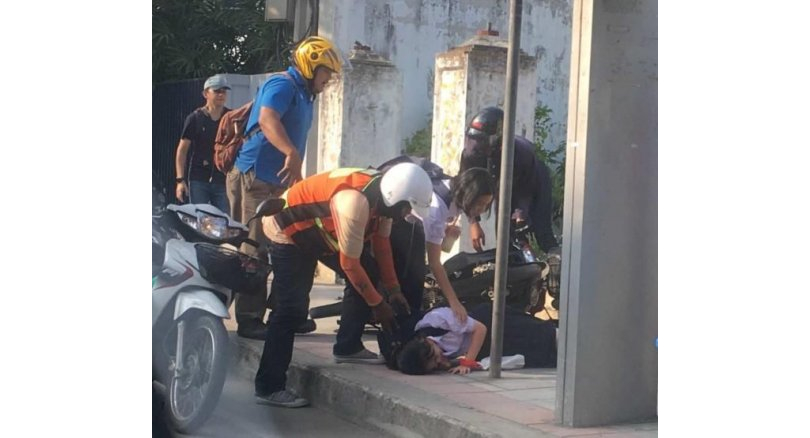 Bangkok Sidewalk: A motorcyclist allegedly hit and injured a schoolgirl on a Bangkok sidewalk on Monday afternoon, triggering outrage on social media.

The girl, Kulanee Chanthornwithoon, 16, an 11th grader at Badin Decha Sing Singhasenee School, was knocked down on the footpath.

She was helped by people nearby and sent to Paolo Hospital on Soi Chokchai 4.

The motorcyclist, Phuwadol Srisamrong, 23, waited for police at the scene.

He was taken to the Chokchai police station to face charges of reckless driving causing injuries.

The incident was captured on camera by a Twitter user, @EmaEmika, who shared it on her feed shortly after the incident. The photo showed a taxi motorcyclist helping the schoolgirl.

The tweet resulted in some angry criticism of the motorcyclists. The incident and photo were later shared on Facebook, leading to another storm of outrage.

PTT, Bangchak petrol and diesel prices to fall on Tuesday