US President Joe Biden has said he is “angry” after a teenager who shot dead two men during racial unrest last year in Wisconsin was cleared.

The president expressed dismay at the verdict in a written statement after earlier telling reporters he supported the jury’s decision.

Kyle Rittenhouse, 18, sobbed as he was acquitted of all charges over the shooting in Kenosha on 25 August 2020.

There were low-key protests over the outcome in a trial that divided the US.

Mr Rittenhouse nearly collapsed with relief as he learned his fate on Friday from a jury of seven women and five men after three-and-a-half days of deliberations. His mother, Wendy, also wept.

The former police youth cadet was cleared of two counts of intentional homicide, one count of attempted homicide and two counts of recklessly endangering safety.

Mr Rittenhouse had acknowledged fatally shooting Joseph Rosenbaum, 36, and Anthony Huber, 26, and injuring Gaige Grosskreutz, 28, but maintained he did so in self-defence.

The defendant and the men he shot were all white, but the issue of race hung over the case because the shooting happened during civil disorder over perceived police brutality.

During last year’s election campaign, Mr Biden tweeted a video that appeared to link Rittenhouse without any evidence to white supremacists.

On Friday outside the White House a reporter asked the Democratic president whether he stood by his past comments about the teenager.

Mr Biden replied: “I stand by what the jury has concluded. The jury system works and we have to abide by it.”

He later released a statement saying: “While the verdict in Kenosha will leave many Americans feeling angry and concerned, myself included, we must acknowledge that the jury has spoken.”

What happened in Kenosha?

Mr Rittenhouse, then 17, showed up in Kenosha after the city had been convulsed by two nights of rioting, looting and arson when police shot a knife-wielding black man, Jacob Blake, seven times in the back on 23 August 2020, leaving him paralysed.

The defence presented their client as a civic-minded teenager who had gone to the Midwestern US city to protect private property and only shot the men because he was in fear of his life.

The prosecution had depicted Mr Rittenhouse as a reckless vigilante and the men he shot as heroes attempting to disarm someone they thought was an “active shooter”.

The trial heard that Mr Rosenbaum had been acting erratically that night and chased Mr Rittenhouse before trying to grab his gun. Mr Rittenhouse fatally shot him.

Mr Huber was then killed after striking Mr Rittenhouse in the head or neck with a skateboard.

Mr Grosskreutz had his bicep shot off after pointing his own gun at Mr Rittenhouse.

What other reaction was there?

After the verdict, defence attorney Mark Richards said of his client: “He wants to get on with his life.

“He wishes none of this ever happened. But as he said when he testified, he did not start this.”

The parents of Huber, the second person shot by Mr Rittenhouse, said they were “heartbroken” by the verdict.

Karen Bloom and John Huber said in a statement: “It sends the unacceptable message that armed civilians can show up in any town, incite violence, and then use the danger they have created to justify shooting people in the street.”

The BBC’s Nomia Iqbal in Kenosha said a small number of protesters gathered outside the court, holding signs that read “Killer Kyle,” and “No justice no peace.”

Local store owners told her they would be glad once the verdict was announced so that the city could move forward.

The trial exposed political divisions, with many Democrats condemning the verdict while Republicans said justice had been served, with some even offering him internships.

Following the verdict, right-wing Fox News host Tucker Carlson posted a clip of an exclusive interview with Mr Rittenhouse, to be broadcast on Monday.

In the footage, Mr Rittenhouse describes waking up in a cold sweat because of “scary” dreams he has every night about what happened. 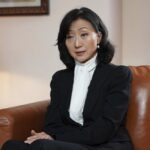