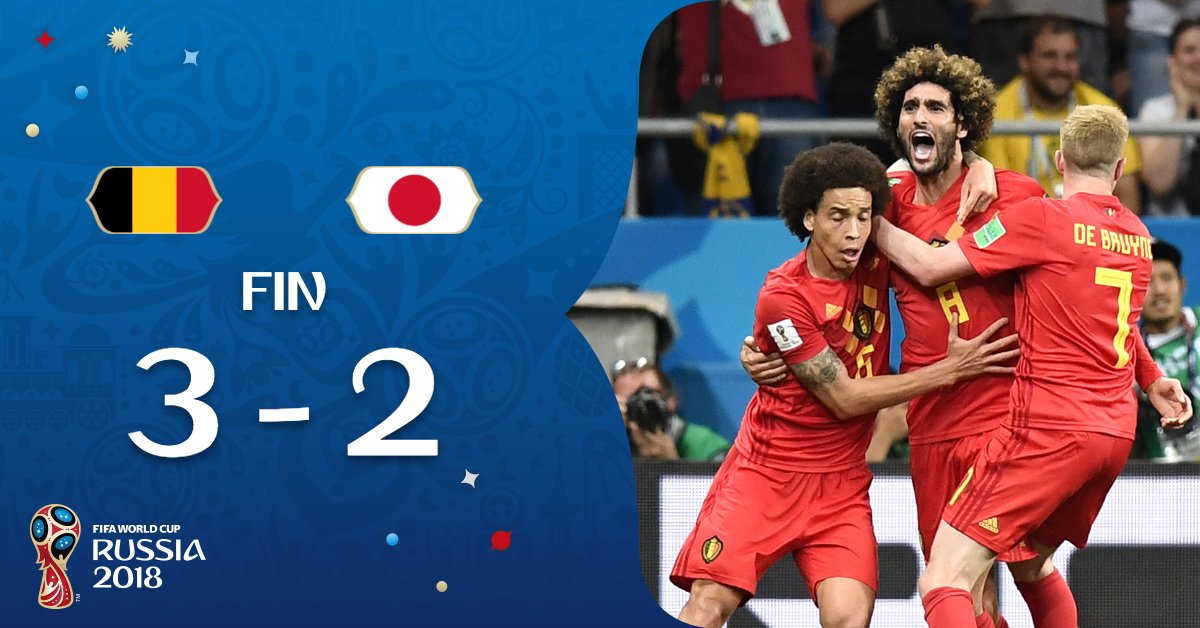 Roberto Martinez’s side were overwhelming favourites to progress to the quarter-finals after pipping England as winners of Group G but two goals in four minutes from Genki Haraguchi (48) and Takashi Inui (52) gave Japan a shock 2-0 lead.

With the last kick of the game, a sweeping counter-attack was finished off with Chadli at the far post as Belgium progress to face Brazil in the last eight on Friday at the Kazan Arena.

Man of the match: Maya Yoshida

The Belgians booked a third successive quarter-final spot at a major tournament despite a resolute performance from Japan, whose quest to reach the last eight of a World Cup continues after seeing their valiant efforts come to nothing.

Akira Nishino’s men crawled into the last 16 via a superior fair-play record to Senegal, and Shinji Kagawa fired a warning sign inside a minute after dragging a left-foot shot a yard wide.

Yuya Osako almost embarrassed Thibaut Courtois when his loose touch initially squirmed through the legs of the Chelsea ‘keeper before he pounced on the ball before it crossed the line, but it was only until the second period that the game sparked into life.

Japan head coach Akira Nishino reverted to the same starting XI that drew 2-2 with Senegal in Ekaterinburg having rested six players in the 1-0 defeat by Poland.

Gaku Shibasaki’s sliding pass beyond Vertonghen was swept into the bottom corner by Haraguchi and, after Dries Mertens’ cutback was volleyed against the post by Hazard, a thunderbolt from Inui left Belgium staring down the barrel of defeat.

Sublime control from Kagawa set up the Real Betis-bound midfielder, and he had time and space to pick his spot as he curled a right-footed shot low to the right of Courtois’ desperate dive.

But after Romelu Lukaku headed wide from five yards out, Belgium were handed a lifeline as Inui’s failed clearance landed on the head of Vertonghen, and the Tottenham defender’s looped header back into the box fortuitously found the far corner.

Fellaini’s close-range header from Hazard’s cross five minutes later restored parity before Eiji Kawashima did well to tip over another aerial attempt from Lukaku, but just as the game appeared to be drifting towards extra time, Belgium broke Japanese hearts in devastating fashion.

Within 10 seconds of defending a corner, Kevin De Bruyne broke at pace to combine with Thomas Meunier down the right and after Lukaku dummied the wing-back’s cross, substitute Chadli made no mistake in stroking the ball under Kawashima.

Man of the match – Maya Yoshida

The Southampton defender has not always enjoyed coming up against the big striker during their Premier League tussles, but Lukaku’s failure to continue his hot streak of form owed largely to Yoshida’s refusal to afford him space.

This was a colossal performance from the 29-year-old, who threw his body at countless shots as Belgium began their bombardment of Japan’s goal, but his efforts proved in vain as one of the pre-tournament favourites found a way to win.

Brazil await Belgium in the last eight in Kazan on Friday night, while Japan’s wait to reach the World Cup quarter-finals goes on having matched their previous best-ever finish at the tournament in South Africa 2014. 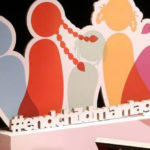 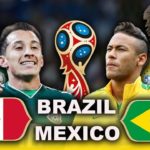