Paul Pogba, who watched from the bench when José Mourinho’s Manchester United beat Fulham 4-1 at Old Trafford, played a leading role as Ole Gunnar Solskjær’s United beat Fulham 3-0 at Craven Cottage. Pogba started things off with a 14th minute goal after being put through by fellow French international Anthony Martial. Nine minutes later Martial made it two. In the second half Pogba, with his customary stuttered run-up, fired home a penalty in the 65th minute after a foul by Fulham’s French defender Maxime Le Marchand.

Liverpool Back on Top

Liverpool, during a week where their ability to last the pace in this seasons Premier League title race has been questioned, bounced back in style with a 3-0 win against Bournemouth. They now sit back on top thanks to goals from Sadio Mane, Gini Wijnaldum and Mohamed Salah. If Manchester City beat Chelsea later today they will go back on top with their superior goal difference. But Liverpool will have a game in hand.

Arsenal came away from Huddersfield’s John Smith’s Stadium with all three points after first-half goals from Alex Iwobi and Alexandre Lacazette. This puts Unai Emery’s side on 50 points and level with Chelsea. The home fans did have something to cheer about in the 2nd half when Arsenal’s Sead Kolasinac scored a 90 + 3rd minute own goal.

Cardiff’s 90 + 3rd minute winner by Kenneth Zohore pulled Cardiff out of the bottom three and dropped Southampton in. Cardiff, enjoying back to back wins in top-flight football for the first time since 1962, have also completed the double over Southampton after beating them 1-0 at home. Sol Bamba put Cardiff in front before Jack Stephens replied for Saints in the 90 + 1st minute. Yet again the home sides game management let them down two minutes later as Zohore scored to put smiles on Cardiff fans faces after a difficult week.

In the 27th minute, Mark Noble put West Ham in front from the spot after Michail Antonio had been fouled by Vicente Guaita. With 14 minutes remaining, Wilfried Zaha replied for Palace from a tight angle.

Andre Gray netted the winner for Watford in the 65th minute to pile more pressure on their old boss Marco Silva. Troy Deeney, who earlier in the week had suggested this would be a ‘heated contest’ received the games 1st yellow card in the 70th minute for roughing. His teammate, Jose Holebas, followed him with the same offence in the 83rd minute. Right at the end, Everton’s Kurt Zouma saw red unsportsmanlike conduct.

Burnley, without a Premier League penalty in 67 Premier Games before receiving one late on against Southampton last week, were awarded another one in the 72nd minute. Once again Ashley Barnes did the honours. That put Burnley 3-0 up after Chris Woods had scored in the 26th and 61st minutes. Shane Duffy replied for Brighton in the 76th minute. Brighton had a tough FA Cup replay encounter with West Bromwich Albion on Wednesday, which went to extra time, could have been suffering from that. 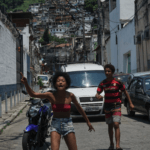