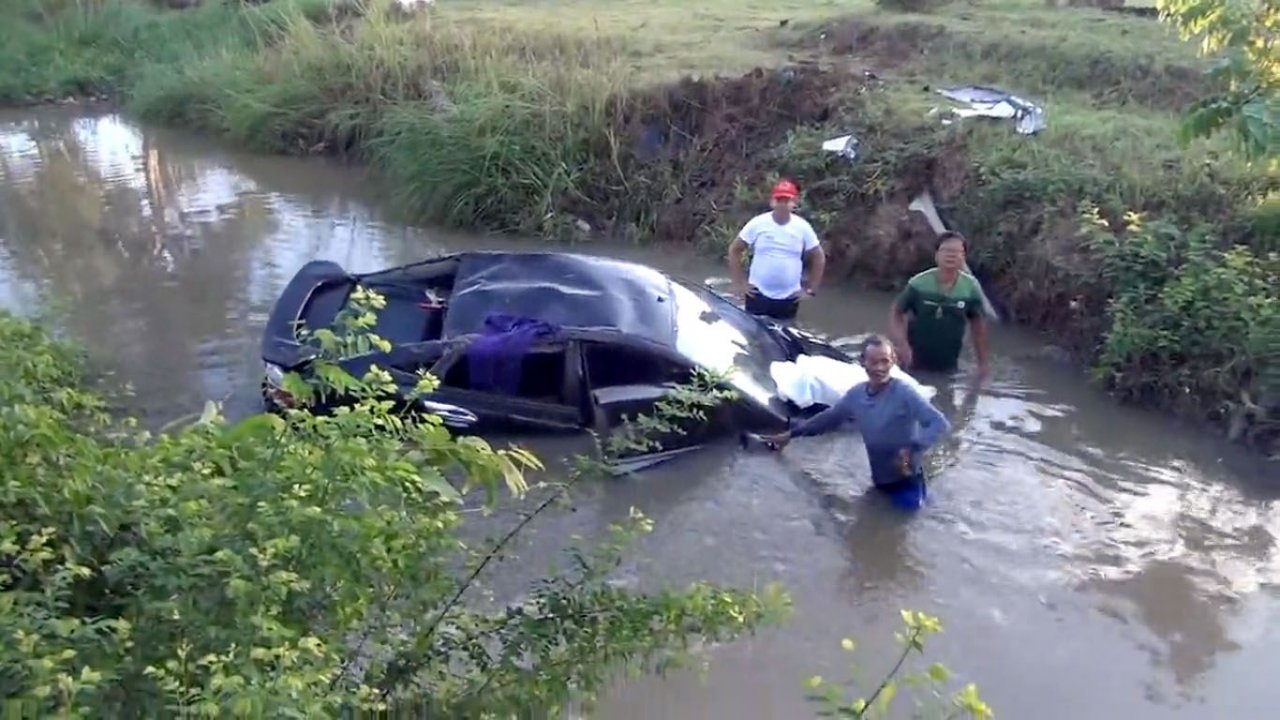 Bank Employee Killed: A bank employee was found dead on the bonnet of his car on Wednesday morning after it plunged into a canal beside a railway station in Phatthalung’s Muang district. 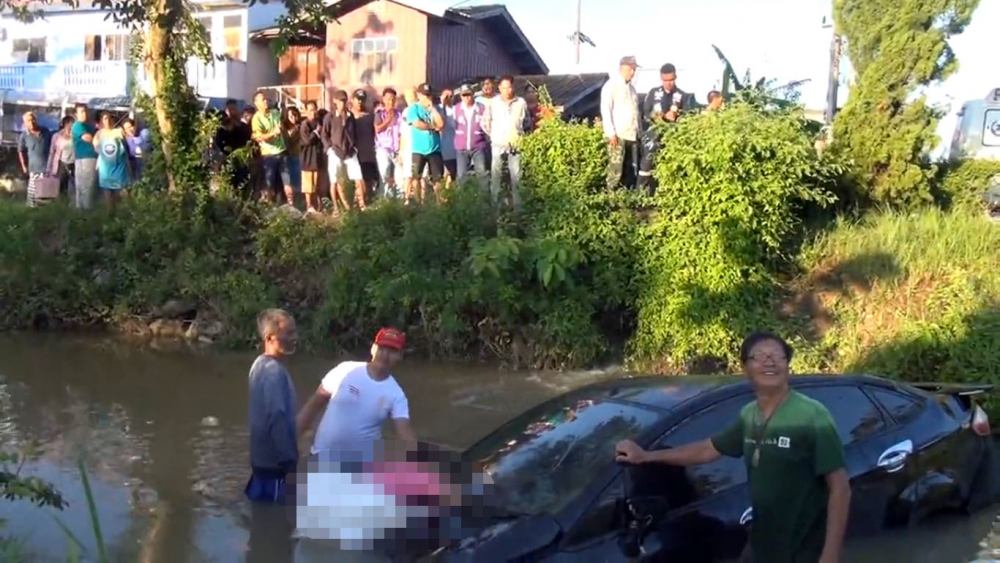 The victim was identified as Chatcharin Jongwang, 29, an employee at a local branch of the Siam Commercial Bank.

He apparently climbed out of the driver’s seat before succumbing to injuries sustained in the crash, which crushed the car’s roof. Drowning has been ruled out as the cause of death since the canal is only 80 centimetres deep. Documents from the car were left strewn on the canal bank.

Police theorised that the driver failed to make a turn at an intersection and drove straight into an earth levee, causing his car to flip and plunge into the canal.