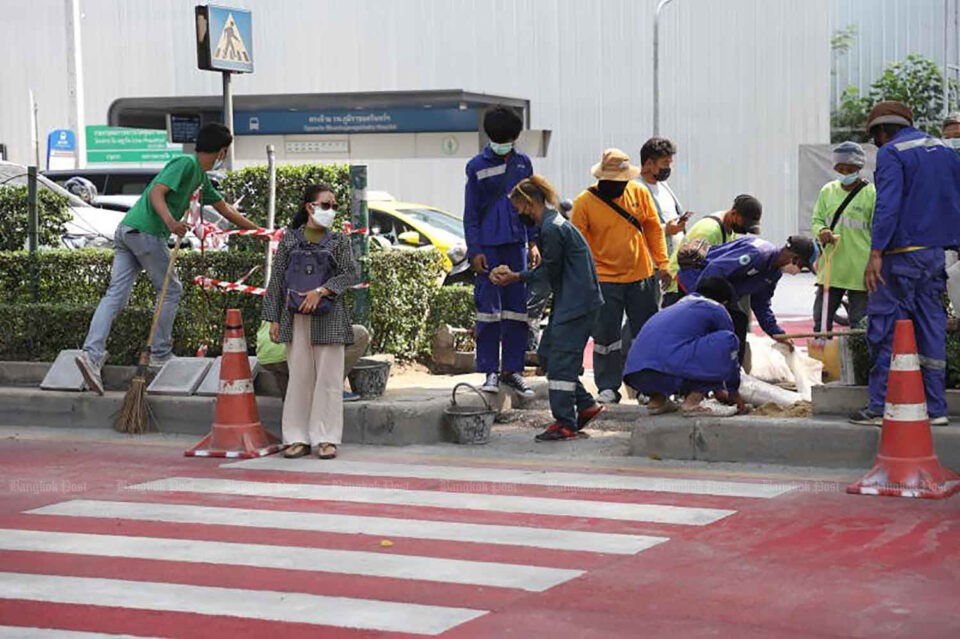 Two people were hit by motorcycles while using pedestrian crossings in Bangkok over the weekend — one of whom died from injuries sustained in the crash.

A man was killed when he was struck by a motorcycle while crossing Suwinthawong Road in Min Buri district on Saturday.

The man, who was in his 50s, did not have any identification documents on him, said deputy chief of Lam Phak Chee police station, Pol Lt Col Ruengwit Chatduangden.

He added that police investigators were working to establish the victim’s identity.

The woman who crashed into the man is facing charges which include reckless driving causing death, he said.

The zebra crossing where the incident happened had been closed since a pedestrian bridge was built nearby, and barricades were put up to prevent people from using it.

Also on Saturday, a 35-year-old worker from Myanmar identified as Doe was killed when he was hit by a motorcycle driven by Warit Makae, 48, outside Ying Charoen market on Phahon Yothin Road in Bang Khen district.

Doe, who remained conscious after the impact, was rushed to Bhumibol Hospital to be treated for his injuries.

Meanwhile, Mr Warit — who sustained slight injuries after he was thrown off his motorcycle by the impact — was taken to a different hospital.

Sanit Kamsanoy, 59, a security guard at the market, told police Doe has been working as a porter for a pork stall in the market for more than 10 years.

The two incidents came less than a month after the death of Waraluck Supawatjariyakul, of the Faculty of Medicine at Chulalongkorn University, on Jan 21 at a pedestrian crossing on Phaya Thai Road in Ratchathewi district. 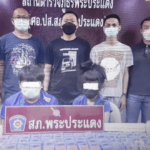 Couple who took their children on drug deliveries arrested 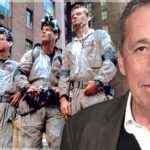