Thailand (Thomson Reuters Foundation) – Staying at a hotel on the Thai island of Koh Samui in 2015, Meghan Kerrigan noticed the four bottles of water she was given every day were clogging her bin with plastic.

Outside her door, Chaweng beach was smothered in rubbish. It was then that she and Kohler brothers, Ryan and Matthew, had a “light-bulb moment”.

“Instead of trying to solve the problem by cleaning the beaches every day, let’s go to what the source of the problem is, and take the plastic bottle away,” said Kerrigan, now 31.

In 2016, the trio founded startup company Generation Water, based on the Thai resort island of Phuket.

They partnered with Marriott, the world’s largest hotel brand, in January 2017 to come up with a sustainable alternative to plastic bottles that would be commercially competitive and meet the needs of resorts and authorities.

Two years on, the South African-born entrepreneurs explained the workings of a pilot water plant at the JW Marriott Phuket Resort & Spa on Mai Khao beach, next to slogans saying “Save Water Drink Air” and “Made 100% from the air”.

Here, in the sweltering heat, two water generators suck in vapor from the air, which then condenses into water when it hits cold coils.

The water drips into tanks, making 4,000 litres a day. It is filtered, minerals are added, and it is put into reusable glass bottles. These are placed into 445 guestrooms at the JW Marriott Phuket and neighboring Renaissance Phuket Resort & Spa.

The bottled water is also being trailed at two Marriott vacation clubs nearby.

The move is part of a wider effort on the holiday island to cut down on plastic bottles, rife in the hospitality industry, and a major problem in Asia and its travel hotspots. 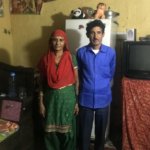 A prison where the inmates have to go and find jobs