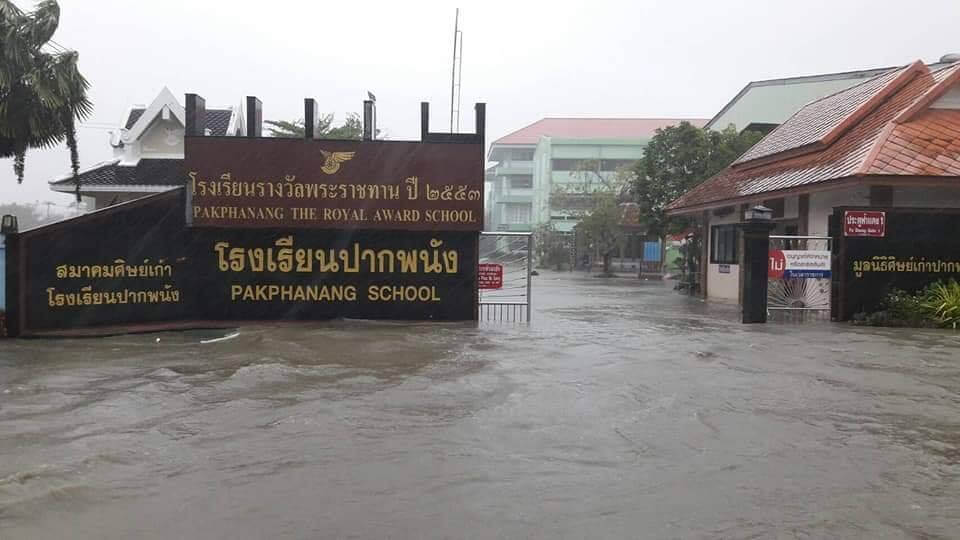 Marine Meteorological Centre cautioned that the entire coastline of Nakhon Si Thammarat, and the eastern shores of Koh Samui, Koh Phangan, and Koh Tao in Surat Thani are at risk of a storm surge up to 3 metres high on Friday night.

It was reportedly that the city area of Pak Phanang district was flooded under 1 metre of water from the continuous downpour and unusually high storm tide.

Nonthawit Wisutpath, who lives in Pak Phanang, said the water level in Pak Phanang River and the sea rose rapidly at around 2.30pm, causing the river to overflow and flood areas of the city.

Many roads in Pak Phanang were impassable due to the flooding, Nonthawit said.

The coastal area of Pak Phanang district was also severely hit by high waves, shutting down traffic on coastal roads and damaging buildings along the shoreline.

The Department of Highways said that four main routes had been closed due to the storm.

Extensive damage from gale-force winds was also evident in Pak Phanang, as many trees were uprooted, billboard signs blown away, and many house roofs were damaged.