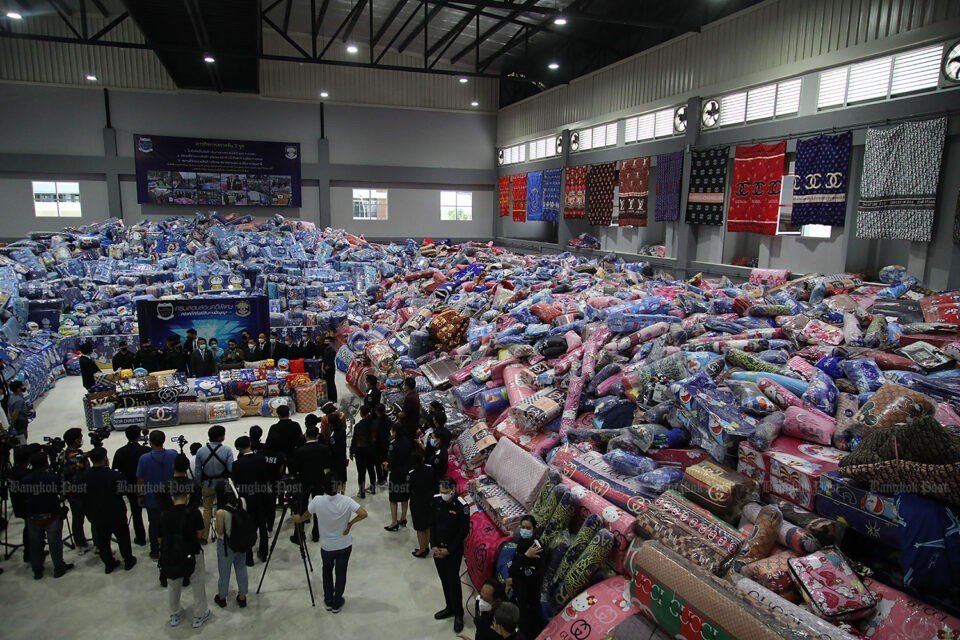 Police have seized pirated and fake goods worth 40 million baht during a series of raids in Rayong and Pathum Thani.

The confiscations were announced on Wednesday by the Department of Special Investigation (DSI) and the representative of a company that owns the copyrights to some of the seized products, which infringed on the licence for Doraemon characters.

According to a press briefing chaired by Justice Minister Somsak Thepsuthin, most of the counterfeit items seized were bed sheets, quilts and other bedding products.

The items were taken from three warehouses — two in Pluak Daeng and Muang districts of Rayong, and one in Sam Yaek market in Muang district of Pathum Thani — raided on Oct 28.

The authorities said more than 40,000 bedding items were seized, some of which were imported, with a market value of 40 million baht.

If passed off as genuine products, they could fetch four times that price.

Police were searching for individuals connected to the bogus products who will be charged with possession of contraband with intent to sell, and breach of the intellectual property law.

Mr Somsak said some of the products were produced in the Northeast before being transported to the warehouses and distributed to open-air markets for sale.ad

The minister added that copyright violation also constitutes an act of tax evasion under the DSI law, as well as money laundering.

The Anti-Money Laundering Office will also step into investigate the case.

Mr Somsak said the government is working to suppress intellectual property violations as Thailand has been placed on the US Trade Representative’s watch list.