Thai authorities on Tuesday inspected the scene of an illegal land excavation in Kalasin province that reportedly caused an estimated Bt30-million damage to the state, Nation TV reported.

The intruders targeted 15-rai of a 30-rai Sor Por Kor land parcel in Tha Khan Tho district to dig out soil and gravel rocks for sale from state-owned land.

Sor Por Kor lands, allocated by the Agricultural Land Reform Office (ALRO), are state-owned land given to poor farmers for agricultural purposes and are not for other commercial use. Sor Por Kor land can be passed on to the farmers’ heirs for farming use but cannot be sold to others.

Officials found the Sor Por Kor land in question comprised four plots covering 30 rai and were occupied by four villagers. The land’s front part near the road was used to grow sugarcane but further inside, about 15 rai had been dug up, leaving craters five to 10 metres deep to take out soil and gravel rocks for sale or for road-making, said Manop. He said the damage was estimated at nearly Bt30 million.

Decha said locals had lodged a complaint on June 8 with the ARLO Kalasin branch office about investors digging up soil and rocks for sale. The ARLO officials at the time visited the site and contacted the Kalasin Isoc, police and administrators to act on the soil-digging suspects.

By the time the soldiers and police arrived, the workers had fled with most of the machines, leaving only a backhoe behind, which was confiscated by ARLO officials. A police complaint has been filed over the incident.

Body of ‘depressed’ man found on banks of river 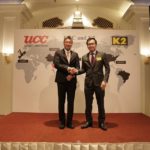