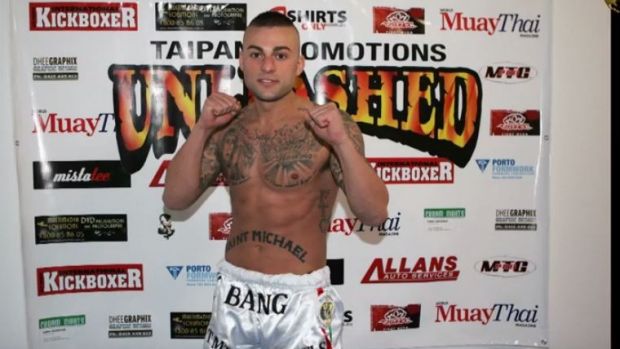 An Aussie has been given the death sentence in Thailand

Australian man Antonio Bagnato has been found guilty and sentenced to death by a Thai court for his role in the 2015 abduction and murder of Hells Angels gang member Wayne Schneider.

Antonio Bagnato, 28, was charged over the abduction and killing of Schneider, a former Hells Angel bikie, at a villa complex in the seaside resort of Pattaya, 150 kilometres from Bangkok, in 2015.

Bagnato, a kickboxer and one-time business associate of Shneider had pleaded not guilty.

He and 22-year-old American Tyler Gerard were arrested soon after the murder. Bagnato was detained in a hotel in Phnom Penh while Gerard was arrested as he attempted to cross the Thai border into Cambodia.

Schneider’s naked body was found days later in a shallow grave about 30 kilometres from the luxury villa where the initial assault occurred.

At a court appearance in November, Bagnato was identified by two witnesses as being present at the scene of Schneider’s abduction when he was bundled into a utility.

A GPS indicator fitted to the rental helped police locate the body.

Bagnato and Schneider had been partners in a boxing gym in Sydney and were facing Australian police investigations linked to international drug deals and a separate murder in Australia.

Bagnato claimed that on the night of the assault he had already left the villa to visit a local disco. He said he stayed until 5am and then slept at a woman’s apartment until noon.

Australian man Luke Hunt has already been convicted by a Pattaya Court of aiding and abetting Bagnato by driving him and his family to the Cambodian border.

AIS teams up with HBO