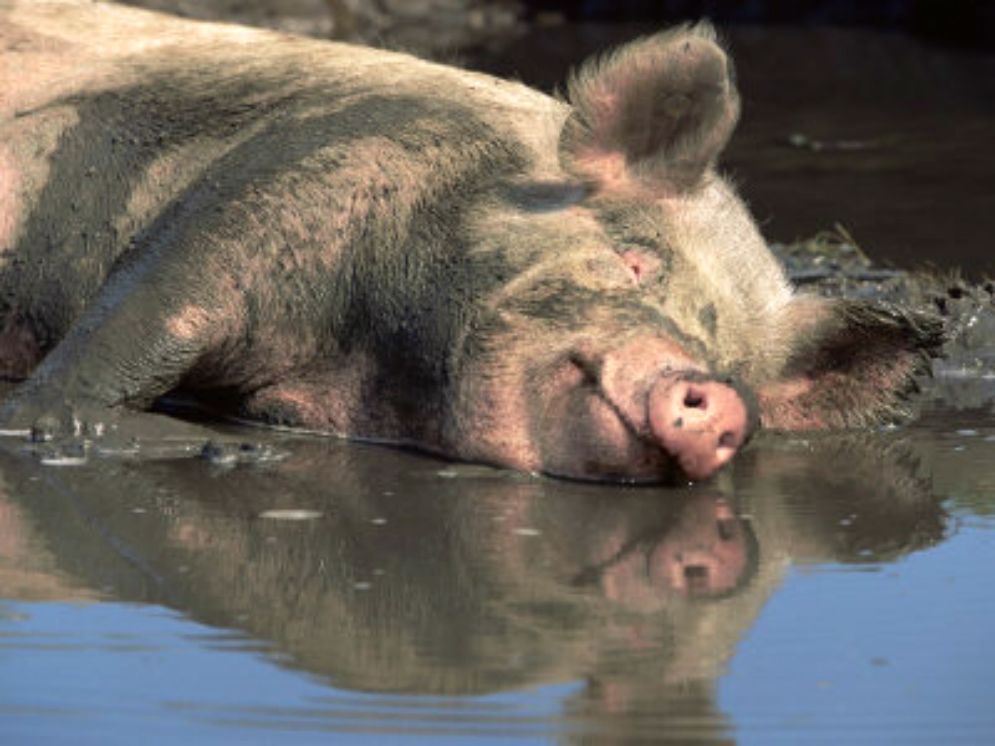 A booze-pilfering, drunken, feral pig has caused chaos by running amok at an Australian campsite and starting a fight with a cow.

The belligerent porker went on a drunken bender after stealing and drinking three six-packs of beer that had been left out by campers at the DeGrey River campsite in Port Hedland, Australia.

In the series of events that followed the animal went on to ransack rubbish bin bags to find some late-night snacks before starting a fight with an innocent eyewitness cow.

Following the boarish rampage the pig decided to swim out into the middle of a river before collapsing drunk under a tree and falling asleep.

Ladies and gentlemen, every once in a awhile you come across a story that is so perfect, so splendid, so beyond compare that even a world-class blogger such as I cannot improve upon it. This, my friends, is one of those stories. Thank you and goodnight.

PS- Nothing worse than a pig who can’t handle his booze. Trust me, I’ve seen a few.

PPS- Seriously though, who amongst us hasn’t stolen some hooch, terrorized a campsite, fought with an innocent cow, and swam out into a river before passing out under a tree? I mean really? Don’t judge, people.

NASA Has Landed On Mars