Home » Australian filmmaker to be deported from Cambodia 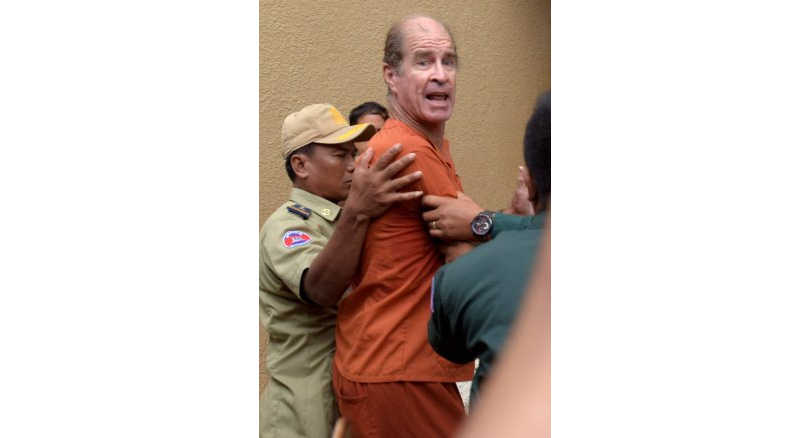 An Australian filmmaker who received a royal pardon from Cambodia will be deported Saturday, immigration officials said, a day after he was released from a six-year sentence in a case Human Rights Watch has called “a ludicrous charade”.

James Ricketson, 69, was given jail time three weeks ago for “espionage and collecting harmful information that could affect national defence” by a Phnom Penh court.

He was then issued a royal pardon on Friday, after strongman premier Hun Sen requested it from the Cambodian king.

“We will deport him today,” Keo Vanthan, spokesman for the immigration department, told AFP. “We are looking for a flight for him.”

Ricketson’s lawyer Kong Sam Onn confirmed this, adding that the Australian’s visa to stay in Cambodia had expired.

The embattled filmmaker had been in prison since last June, after footage emerged of him using a drone to film a rally of the now-defunct opposition Cambodia National Rescue Party (CNRP).

His six-day trial — which rights groups have slammed as a farce — showed him to be defiant and combative, and featured a surprise appearance by Hollywood director Peter Weir who served as a character witness for his friend.

The prosecution accused Ricketson of working as a filmmaker in Cambodia as a front for spying activities, but the verdict failed to name which country he was allegedly spying for.

His truncated prison term came after a series of activists and opposition lawmakers were freed in the weeks following July’s national election, which critics have said was neither free nor fair.

The CNRP, which had served as the sole legitimate opposition force to Hun Sen’s ruling Cambodian People’s Party, was dissolved in the lead-up to the controversial poll, clearing the path for the CPP to take all 125 parliament seats.

This effectively rendered Cambodia a one-party state, which the international community has decried as a death knell to democracy.

After the poll Hun Sen — who has been in power for more than three decades — returned to a pattern of easing up on dissent.

Husband and Wife drug dealers captured in the Pattaya Area