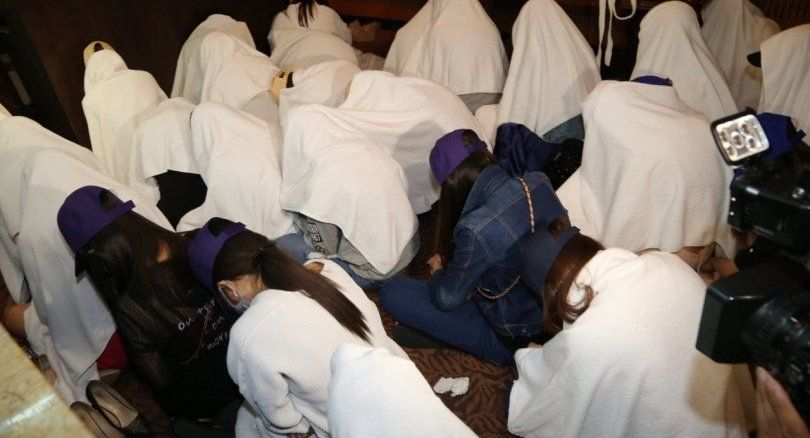 A COMMITTEE of the Anti-Money Laundering Office (AMLO) resolved to temporarily seize 45 assets worth more than Bt463 million linked to “Victoria’s: The Secret Forever” massage parlour and its alleged de facto owner Kampol Weerathepsuporn even as a manhunt continues for 19 suspects wanted for alleged human trafficking and prostitution.

AMLO acting secretary-general Pol Maj-General Rommasit Viriyasant said yesterday that the committee on Tuesday resolved to seize for up to 90 days the 28 bank accounts in the names of 11 people, including 61-year-old Kampol and his 68-year-old wife Nipa, nine stock and investment units, and eight properties registered in the names of the couple’s relatives or associates.

Meanwhile, the chief of the Department of Special Investigation (DSI), Pol Colonel Paisit Wongmuang, said that officers were hunting for 19 suspects linked to the massage parlour, for whom a criminal court had already approved arrest warrants. The DSI was responsible for three areas of the investigation, Paisit explained.

They were: cases of human trafficking against 45 suspects, which was passed onto public prosecutors on April 2; the money-laundering case which the DSI had passed onto the AMLO for further action, leading to the Bt463 million asset seizure; and wrongdoing by state officials, which is being probed by the DSI and the Public Sector Anti-Corruption Commission.

According to Rommasit, police found that a 12-year-old girl from Myanmar was forced into prostitution in July 2014 at the parlour before she was sent to provide sex services in Malaysia, resulting in the DSI taking this up as a special case. The DSI had an arrest warrant for Boonsap Amornrattanasiri, 55, and six others on human trafficking charges.

Boonsap, the parlour’s chief promoter, was arrested after an investigation assisted by anti-sex trafficking activists Nvader led to a sting operation and a raid on the parlour on January 12. Also arrested were parlour manager Satthatham Jaengchai, 67, and four others on suspicion of human trafficking and prostitution. That later led to arrest warrants for other alleged accomplices Supatra Sarad, Yanisa Prombutr and Pratuang Tutrasang as well as Kampol and Nipa.

In a separate case, the AMLO committee also approved the confiscation of Bt9.5 million cash seized from three foreign suspects who failed to declare the money to Customs Department officials when they entered the Kingdom, leading to suspicion they might be part of money-smuggling gangs. The smuggling of cash also comes under the Anti-Money Laundering Act.

Chinese mine operator files police complaint after being blocked by locals