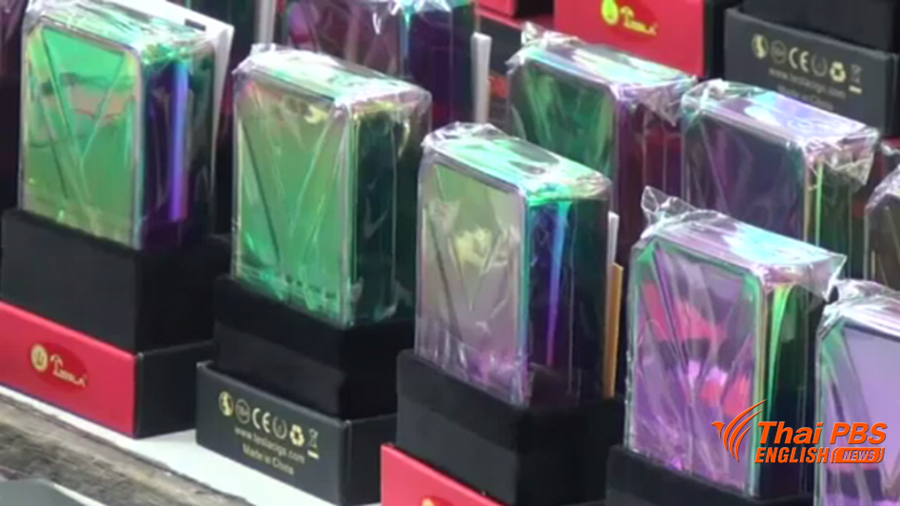 Thailand executive secretary Professor Dr. Prakit Vathesatogkit as advocates to vaping claim it is safe to health by warning of the danger of e-cigarettes came from ASH

One strong advocate to electronic cigarettes is Mr. Maris Karunyawat after he posted on his Facebook page informing the benefit of e-cigarettes and encouraging tobacco smokers to e-cigarettes citing laboratory tests by scientists that e-cigarettes are 95% safer than tobacco cigarettes. But Dr. Prakit rebuffed the claim saying the tests claimed by the e-cigarette advocate was untrue and was not accepted by scientists, particularly in the United States.

But Dr. Prakit rebuffed the claim saying the tests claimed by the e-cigarette advocate was untrue and was not accepted by scientists, particularly in the United States.
He said although vaping does not create smokes like tobacco smoking, e-cigarette vapor is harmful to lung and blood vessel tissues. In addition, scientists also found that those vaping e-cigarettes have a tendency to turn to conventional smoking.

Meanwhile, the Department of Disease Control also affirmed that e-cigarette is harmful to health. It said e-cigarette vapor contains more than 250 harmful chemicals, 70 of which can cause cancer. It went on saying that a claim by e-cigarette advocates that vaping is more safer than tobacco smoking, is just an assessment from experts with no exact certified source.

Instead, the department said some of these experts were funded to conduct research by producers of e-cigarettes.
The latest survey in 2015 showed that 4.7% of Thai male teenagers from 13-17 years-old chose to vape while vaping among female teenagers was 1.9%, and the trend is growing. Source: Thai PBS