Home » Body of 6y son tossed in river by farther A 33-year-old man has allegedly admitted beating his 6-year-old son to death in a drunken rage and dumping his body in the Ping River in Kamphaeng Phet province.

Police said they took Korakot, of Khlong Khung district, in for questioning on Monday night after being informed that his young son was missing.

His family name was not released.

Under questioning, Mr Korakot allegedly confessed he was drunk on Saturday night and became angry upon learning his son had assaulted a neighbour’s child. He punished his son by beating him.

On Sunday morning he went to wake up his son and found the boy was not breathing.

He took his dead son to the PIng RIver on his motorcycle and threw the body into the water.

Members of the Sawang Khlong Khung rescue team began a search for the boy. His body was eventually found in the river and brought to shore on Monday night.

Pol Col Anek Chansorn,deputy chief of Kamphaeng Phet police, said investigators were not convinced he had told them the full story.

Investigators suspect Mr Korakot became angry upon learning his estranged wife, the boy’s mother, had a new lover, leading to him violently assaulting their 6-year-old son and causing his death. 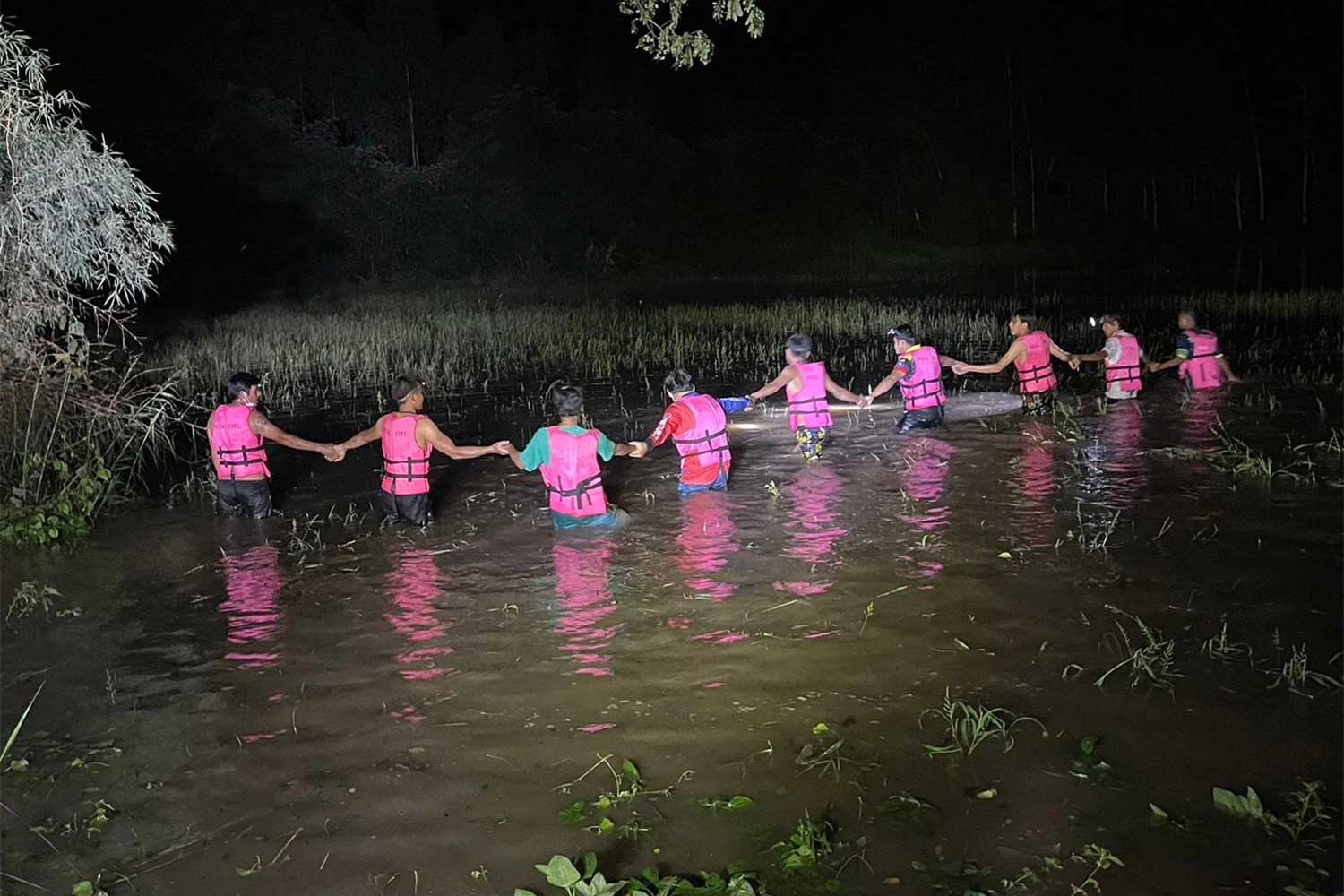