The monk, whose identity is unknown, must request protein powder in his alms bowl to get those pumped up arms and legs. Though not much is known about these photos, they are getting shared like crazy in Thailand today.

Supposedly, the hunky monk shared the pictures himself to bring awareness to monks’ health, but the original post could not be located. He wanted Thai monks to try and exercise to stay healthy and strong and for those who give alms to monks to stop giving sweet, fattening, and salty foods. These types of foods make monks sick and cause diseases like diabetes, high blood pressure, dyslipidemia (metabolic disorder), and kidney disease.

Lots of commenters wrote that the Buddhist beefcake might have been a weightlifter before ordaining because his size looks like he’s been lifting for years. Others criticized him, saying that monks shouldn’t try to get buff, as it’s vain. Even if it is, we say this monk is still holier than the Thai monks who have been caught partying and boozing, giving the finger, evading cops, laundering money, jet-setting, and committing rape — all crimes monks have been accused of this year.

The post went viral because, well, he’s hot, but also because people were debating if a longtime monk sins by lifting weights or not. However, the answer to the conundrum might have been supplied by a popular Facebook page: that monk hunk is a weightlifter who just ordained for a few days, as many Thai men do at some point in their lives. The post on popular page Piak Rider, which has been shared 14,000 times since yesterday, implied that the pics are from 2011 and the man only donned robes for a short time before leaving the monkhood to open a restaurant. If it’s true about the restaurant, we’ll bet the cuisine is healthy as hell. Source: Coconuts Bangkok 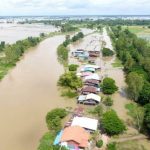 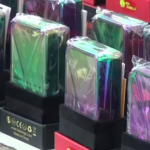