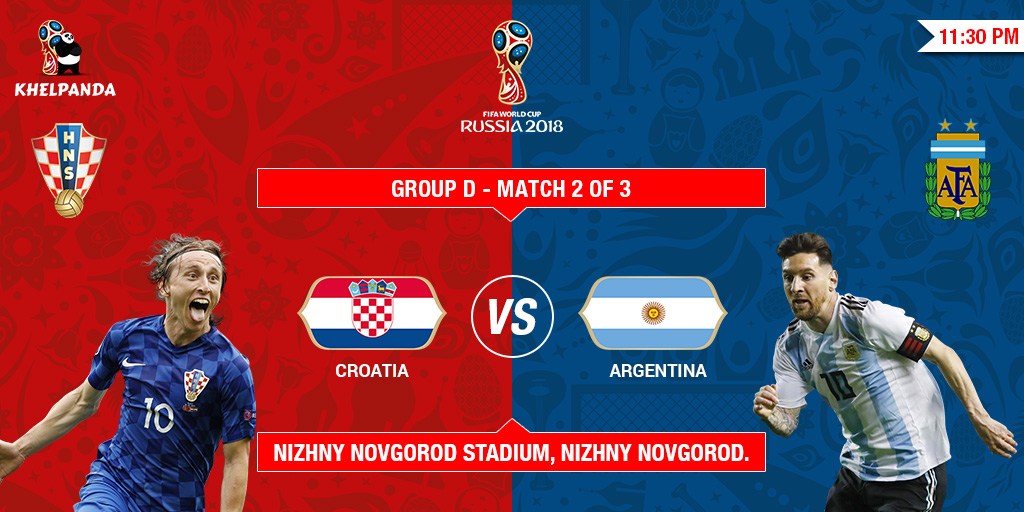 Ante Rebic made the most of a Willy Caballero howler to open the scoring in the 53rd minute before Luka Modric curled in a sensational second (81) and Ivan Rakitic stroked in an injury-time third to secure his side’s passage to the knockout stages.

But after their opening 1-1 draw with Iceland, Argentina go into their final Group D game with Nigeria with only one point and their hopes of staying in Russia beyond the group stage are hanging by a thread.

Both sides wasted glorious chances as the first half somehow remained goalless.

Man of the match: Ivan Rakitic

First, Enzo Perez missed a near-open goal for Argentina on 30 minutes when the ball deflected off the boot of Domagoj Vida into his path, but he struck wide from 12 yards with goalkeeper Danijel Subasic stranded.

Three minutes later, Mario Mandzukic missed an even clearer chance at the other end. Sime Vrsaljko curled an inch-perfect ball onto the head of the Juventus striker, but he headed wide from four yards.

Jorge Sampaoli made three changes as Marcos Rojo was replaced by Gabriel Mercado in defence, Lucas Biglia made way for Enzo Perez in midfield and Angel Di Maria was dropped for Marcos Acuna on the left. Marcelo Brozovic replaced Andrej Kramaric in Croatia’s only change.

Rebic was perhaps lucky to only receive a yellow card for a challenge on Eduardo Salvio five minutes before half-time, but capitalised on a shocking mistake from the Argentina goalkeeper to open the scoring on 53 minutes.

Caballero scuffed a simple back-pass from Gabriel Mercado and the Croatia player watched the ball drop before lashing in a smart volley from 10 yards.

While the first goal was comical the second was classy. As Argentina chased an equaliser, Modric received the ball from Marcelo Brozovic 20 yards from goal and took two touches before curling a sensational right-footer beyond Caballero.

The excellent Rakitic struck the crossbar with a free-kick five minutes from time, but would deliver the final blow in injury-time. The Barcelona midfielder forced a superb save from Caballero but Mateo Kovacic returned the ball into his path and he stroked into an unguarded net.

The result means Croatia have a maximum six points and are in pole position to top the group, while Argentina and the near-anonymous Lionel Messi are left to hope results go their way if they are to survive in this tournament.

Man of the Match – Ivan Rakitic

Croatia could lay serious claim to having the best central midfield at this World Cup. Rakitic and Modric were exceptional once again, ably supported by the willing Marcelo Brozovic. It would be tempting to give the award to Modric, especially after that stunning goal, but Rakitic’s quality and consistency was rewarded with an injury-time tap in and he just edges a close contest.

The final games in Group D take place at 7pm BST on Tuesday evening. Argentina will surely need a victory against Nigeria in St Petersburg, while Croatia face Iceland in Rostov-on-Don at the same time, looking to clinch top spot in the group. 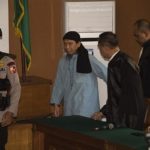