Apple could be set to unveil three new iPhones during an event at its California campus.

Two updated versions of the iPhone X – including a larger Plus-style phone – and a cheaper version of the device are expected to be unveiled on Wednesday.

Industry experts are also predicting a fourth-generation Apple Watch will be introduced during the event at the firm’s Apple Park campus.

The new watch could potentially feature a larger screen, according to reports.

Ru Bhikha, mobiles expert at uSwitch.com, said the company’s expected expansion of the iPhone line-up was a decision designed to turn the heads of rival smartphone users.

“Apple’s decision to launch three iPhone devices this week is a strategic move to regain footing in multiple areas of the mobile market,” he said.

“This all-in approach will likely see the launch of an affordable specimen – touted as the iPhone XC – as well as a reboot to the iPhone X and a larger X model.

“While the reboot and the supersize X are likely to be the showier additions to the line-up, the development of what is essentially a successor to the super-popular budget SE is a real crowd-pleasing move.

“Depending on the price point, the launch of the XC could also see Apple making serious moves in the mobile mid-tier as it hopes to regain ground from more competitively priced rivals.”

Samsung and Huawei have already launched critically acclaimed flagship smartphones this year, placing more pressure on Apple to deliver with its next release.

It could reveal new versions of its AirPod wireless earphones and multi-device charging pad, AirPower, which was first announced at last year’s iPhone event.

A new version of its iPad Pro range could also be unveiled, with reports claiming it could incorporate the facial-recognition system from the company’s iPhone X devices.

“All signs point to Wednesday’s event being one of Apple’s largest launch announcements in recent years,” Mr Bhikha said.

“This major tranche of reboots will undoubtedly please Apple fans and win some new devotees, but it’s hard not to see this multi-device launch making up for increasingly modest fanfare that has greeted new iterations of the iPhone in recent years. 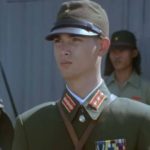