Royal Thai Police (RTP) Commissioner-General Chakthip Chaijinda has announced the performance of the operation to prevent and suppress street racing and the implementation of improved road safety measure, especially at crosswalks.

The RTP chief says the number of large street-racing groups has sharply decreased, partly because adolescents have turned to forming smaller groups and staging races when the street is empty, instead of closing streets. It is difficult for the police to trace and arrest them but the frequency of the street racing problem has been decreased by the shooting of video clips before arrests and prosecution.

As for road safety measures, crosswalks will be improved to suit the conditions of each area. Additional CCTVs will be installed, drivers will be urged to change their road use behavior and the law will be strictly enforced. The RTP also has a plan to penalize motorists who don’t stop their vehicles for people to cross a crosswalk.

Members of the public who have evidence, such as video clips and photos of driving offenses and street raving are asked to notify the police through channels including the Facebook page, the RTP’s Social Media Center or by calling 1599. 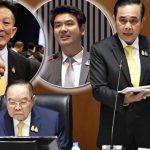 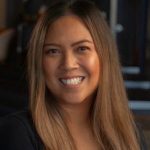 Pinay killed by husband in Texas