PRINCE Andrew went on a wild holiday with Jeffrey Epstein and Ghislaine Maxwell on which he reportedly visited red light district clubs and partied with topless women.

The Duke of York, who was 40 years old at the time with two young children, was infamously pictured partying with topless women on a yacht in Phuket, Thailand.

Ghislaine Maxwell is also reported to have accompanied them on the trip, being reported at the time to be staying at the same hotel as the Duke.

Andrew and Epstein were reportedly spotted in bars around Patong resort town on the island, including one staffed by semi-naked go-go dancers.

The sleazy holiday offers a window into the relationship between Andrew and the paedophile couple.

He is said to have become increasingly close to them around this time, which was just months before he allegedly sexually abused Virginia Roberts.

The Duke denies any improper behaviour over his relationship with Epstein and Maxwell – and denies ever meeting Virginia.

In December 2000, Andrew allowed his close friend Maxwell to hold her 39th birthday at the Queen’s Sandringham estate in Norfolk, where Epstein was a guest.

The American financier and on-off boyfriend of Maxwell was allowed to land his private jet at the nearby RAF Marham base, while Andrew spent £20,000 hosting a pheasant shooting weekend to impress his friends.

And then just after Christmas, on December 27, Andrew reportedly flew to Thailand with Ghislaine, where they met up with Epstein again.

The pair stayed at the luxury Amanpuri hotel on the party island of Phuket, where the Duke stayed in a £4,000-a-night private villa featuring a red-and-gold bedroom and private black-tiled swimming pool.

Lana, a Canadian journalist based in Phuket, told The Sun Online: “The Amanpuri is an ultra-exclusive resort – it’s kind of the go-to place for celebrities and people needing a high level of luxury and privacy.”

In a bizarre coincidence, this was the same hotel where the Duchess of York Sarah Ferguson first jetted to with her financial advisor John Barry while still married to Andrew, before the picture of him sucking her toes in St Tropez emerged.

It was on this trip that the infamous pictures of Andrew onboard the hotel’s yacht surrounded by topless women emerged.

And in the evenings, the Duke and Epstein went out in the notorious resort of Patong, about an hour’s drive south of the hotel, reportedly visiting the town’s local red-light district.

Among the entertainment in-store for the pair was the Banana Disco, whose website features videos of scantily-clad young women.

Lana, who runs the travel blog gophuket.net, said: “Banana Disco is a nightclub popular with tourists – nothing exclusive, just DJ music and cocktails and a dance floor.”

Its Facebook page promises visitors will find “the craziest and sexiest ass-smacking bar with the best friendly ambiance and atmosphere”.

The manager at the time told The Sunday Mirror: “I was amazed to see the Prince here.

“But he was not at all fazed and seemed quite relaxed until people realised who he was.”

One of the regulars said: “You certainly wouldn’t get a member of the Thai royal family in a place like this.

“The area is very raunchy and many girls here.

The manager added that he asked the Duke: “Are you Prince Andrew?” to which he replied: “Yes I am.

How did you know that?”

He said the Duke entered with four friends and a bodyguard, and that they ordered a few Absolut vodkas.

“One of the girls went to speak to the Prince and flirted a little,” he said. “He was very polite but there was nothing to it, just a brief chat.

“We have hundreds of dancing girls and it was no different that night. When I recognised Andrew, his bodyguard put his finger to his lips indicating that I should not draw attention to him.

“They stayed for about half an hour until other guests started to notice who he was.”

Maxwell was in Thailand with the pair, although she wasn’t pictured on the yacht with Andrew.

The Thai jaunt was organised by Andrew’s business partner Johan Eliasch, a Monaco-based Swedish sports tycoon who met the Duke at a Buckingham Palace event and reportedly agreed to foot some of the bill for the Queen’s son to stay.

At the time, Andrew was receiving £240,000 a year from the taxpayer to help fund his life, as well as a £60,000 salary as a Royal Navy Commander, a position he gave up in the summer of 2001 when he took up his role as a roving ambassador for British business.

While on the yacht, Andrew was snapped trying to throw the bikini-clad blonde pal of Tara Palmer-Tompkinson Normandie Keith, 28, into the sea.

Also on the yacht was 22-year-old Atomic Kitten star Jenny Frost, who was pictured half-naked with the Duke onboard the £1m yacht.

She told The Sunday People at the time: “I had no hesitation in going topless in front of Prince Andrew, why should I? The fact is I didn’t want to get strap marks on my body while I was sunbathing.

“I’m not bothered about getting my boobs out in front of anyone.”

At the centre of his new circle of friends at this time was Ghislaine, daughter of disgraced late media baron and MP Robert Maxwell. In 2001, Andrew was reported as going on at least eight trips with her.

In an ITV documentary this week, a pal of the pair sensationally claimed Andrew and Ghislaine may have dated around this time.

Speaking on ‘Ghislaine, Prince Andrew and the Paedophile’, British investment banker Euan Rellie said: “I got the sense that Prince Andrew and Ghislaine had probably been girlfriend and boyfriend in the past. They had an easy warmth around each other.”

Concerns were raised at the time about the circles Andrew was moving in.

The People quoted an old friend of the prince as saying: “It is time he woke up and smelt reality.

“Andrew has no idea what he is getting into with these people. He knows next-to-nothing about most of them.”

His crazy New Year’s came just months after the Duke attended a notorious “Hookers and Pimps” party with Ghislaine for Halloween in 2000, hosted by supermodel Heidi Klum.

Also moving into Andrew’s orbit at this time was Goga Ashkenazi, the glamourous Kazakh socialite who was still a student at the University of Oxford.

The striking Goga was in Phuket for a New Year’s Eve party hosted at the house of her boyfriend Dino Lalvani when she met the Duke.

Eliasch brought Andrew to Goga’s party, and the pair went on to be firm friends, with Goga being one of the Duke’s staunchest allies.

Rumours swirled of an affair between the pair, something that Goga didn’t appear to completely deny when, in 2011, she told the Evening Standard: “We’ve known each other for 10 years, we’re good friends, and I like to think he’s in love with me.”

A “besotted” Andrew introduced Goga to The Queen at Ascot in 2007.

Goga herself was pictured in 2002 topless on a yacht with Italian businessman Flavio Briatore, moving onto his yacht for three months after finishing her university finals.

Her own rise to money and power was truly remarkable, growing up as the daughter of a communist chief in Kazakhstan when it was part of the Soviet Union, she was later sent to boarding school in England before getting into Oxford.

But by her own admission, studying took a backseat to partying and she got a third, preferring to spend her nights at swish London nightclubs Chinawhite and Tramp, which would also feature prominently in Andrew’s life.

In March 2001, just two months after he was spotted with a “bevvy” of semi-naked women on a yacht in Thailand, Prince Andrew is alleged to have met with Epstein, Maxwell, and 17-year-old Roberts at the exclusive members club, before going back to Maxwell’s London house.

This was the night the notorious picture of Andrew with his arm around Virginia was allegedly taken before the teen was paid $10,000 (£8,000) for having sex with the Duke.

Andrew has denied ever having sex with her, and claims he was at a branch of Pizza Express in Woking, Surrey, on the night he was alleged to be at Tramp.

Thailand would prove to be a central part of Virginia and Andrew’s lives further down the line.

In September 2002, aged 19 and “too old” to give Epstein massages anymore, she flew to Thailand after Maxwell bought her the tickets.

She was told to meet with a specific Thai girl that Epstein had “bought” who would be sent back to the United States, but instead, Virginia escaped to Australia.

Meanwhile, Andrew would return to Thailand in 2007, once again to see Goga.
Prince Andrew and Goga met at the exact same Amanpuri hotel again to discuss a deal for Sunninghill Park, the unloved mansion built for him and Fergie which he had struggled to sell for years.

The trip between Jan 31 and Feb 5 saw 18 people descend on the luxury resort. Among them were Goga and Arvind Tiku, a wealthy Indian businessman and business partner of Timur Kulibayev.

Kulibayev is the son-in-law of the former Kazakh President Nursultan Nazarbayev and also had two children with Goga while married to the President’s daughter.

Also, there were Marianna Belchanskaya a Russian lawyer; Kairat Boranbayev, chairman of Russian-Kazakh oil company Kazrosgaz, owned by Kazakhstan and the Kremlin.

They were joined by a mystery man who stayed in Goga’s private villa and used the alias “John Smith” on his resort reservation record.

Later that year, Goga facilitated the sale of Sunninghill from Andrew to Kulibayev for £15m, a whopping £3m more than the asking price.

At the time, Andrew was Britain’s roving trade ambassador.

Despite allegations of dirty money, Goga has rubbished speculation about the property.

In 2013, she said: “I can’t believe all the fuss about this stupid house. I introduced them, so what? I’m not a real estate agent. All the speculation about the price.

“I think they just didn’t want to barter with a royal.”

It added: “There were no side deals and absolutely no arrangement from the Duke of York to benefit otherwise or to commit to any other commercial arrangement.” 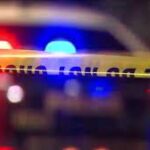 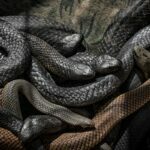