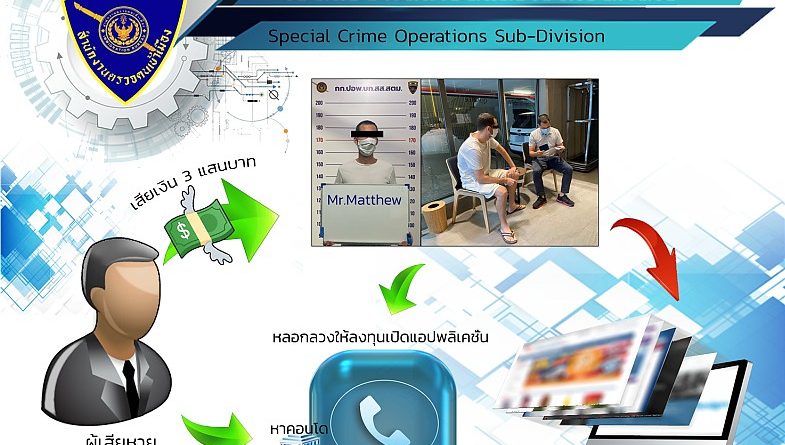 An American man has been arrested after stealing 300,000 THB from a Thai investor. The man had invited a Thai victim to invest in an application that can search for condominiums, jobs, cleaning services, and other services.

The Special Crime Operations Sub-Division from the Immigration Police received orders from Police General Chakthip Chaijinda the Commissioner-General of the Royal Thai Police to inspect foreigners residing in Thailand that are acting according to the law.

Illegal activities can result in damages towards the livelihood of those in the country and can affect the nation’s reputation from those using Thailand as a base for their crimes.

The Immigration Police arrested Matthew 37 years old from the USA under power established by arrest warrant no.168/2563 issued by the Bangkok South Municipal Court on 16 June 2020 with charges related to fraudulent acts. 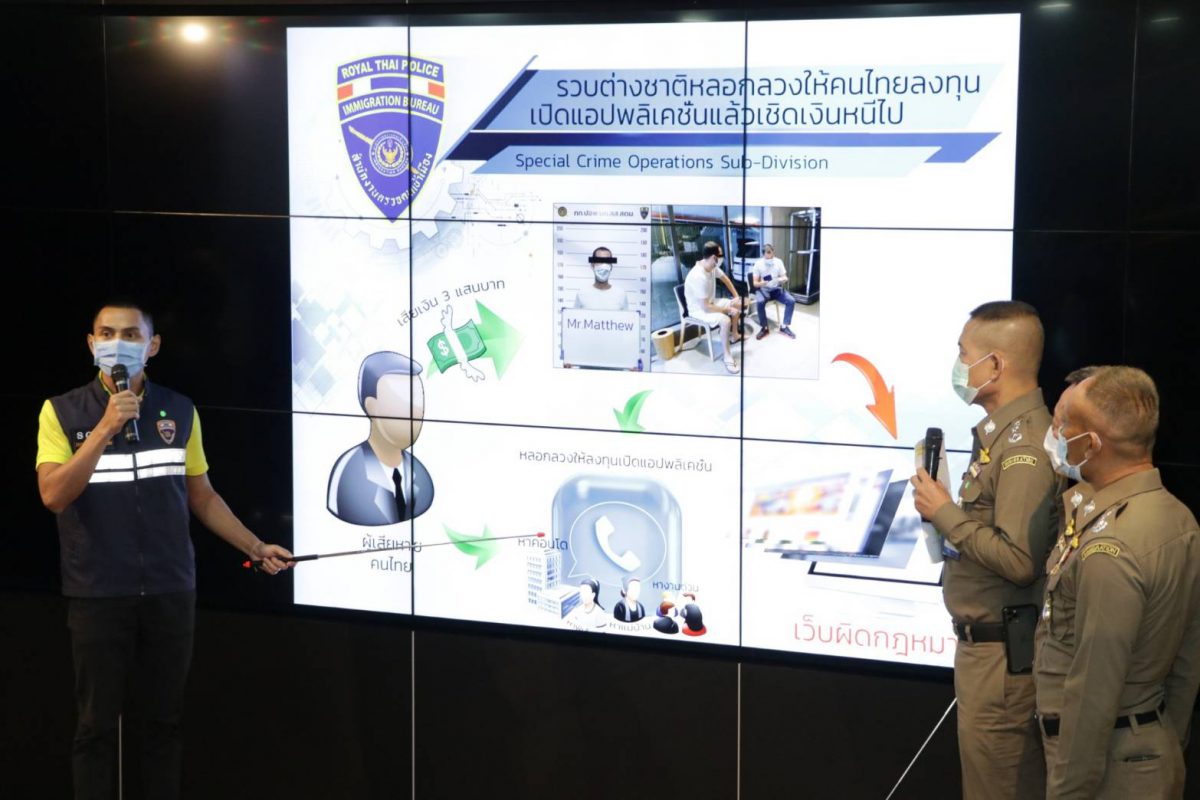 Immigration officials received notification from Lumpini Police Station in Bangkok about a Thai investor who lost money to a foreign man. The Thai victim was invited to register a company dedicated to creating an application that can help users find condominium rooms, find jobs, find maids, find babysitters, and more.

The victim became interested in the application opportunity and invested 300,000 THB. After the money was given to the American man, no company was registered as promised.

The victim asked the suspect multiple times where his money went. The suspect claimed that the 300k had been used to create an adult video website but no details were given to what the website address was. Officials collected evidence and submitted it to court for an arrest warrant.

Officials then found out from investigation that the suspect was hiding at a hotel in Khlong Toei, Watthana, Bangkok. He is now arrested and waiting for prosecution. 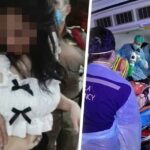 Boyfriend jumps on van that kidnapped his girl 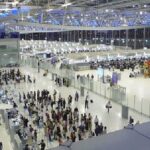 4 groups of foreigners allowed into Thailand