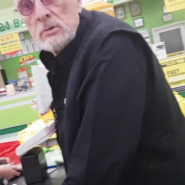 A far-from-famous American actor, radio personality, and writer, Geoffrey Giuliano, is making headlines in Thailand, and around the world after freaking out at a man in line in a Big C store in, you guessed it, Pattaya.

So, what did the guy behind him, who Giuliano said was French, do wrong? Well, from what we can understand in the original clip, he asked Giuliano why he got into the “10 items or less” lane with more than 10 items.

Giuliano’s rant, which was caught on video last Thursday, includes lots of swearing and weird rants about America and its position as a world superpower.

He told the man, “I’m American, I do what I want.”
And that was probably the nicest thing he said.
On Saturday, Giuliano, best known for writing books about The Beatles and hosting a radio show about classic rock, created a video response to the video, which went viral around the world.

In the video, he basically said what he does was none of the French guy’s business and he can’t believe people think it’s news. Before these clips, the actor’s best-known screen appearances were a role as an extra in 2016’s “Mechanic: Resurrection” and 2012’s “The Scorpion King 3: Battle for Redemption.”

He never apologizes for his behavior though he does say “I’m guilty,” while also describing the whole thing as stupid. Apparently, he’s been based in Thailand for a long time. Coconuts Bangkok 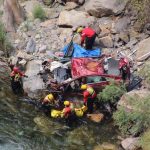 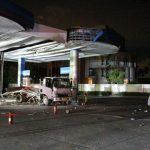