They’ve never been able to shake accusations they were responsible for Maddie’s disappearance – and here’s why.

What Kate and Gerry McCann have experienced over the past 13 years is every parent’s worst nightmare – and it all began on the evening of May 3rd, 2007.

The British couple were on a family holiday in Portugal, along with a group of friends and their children, when their three-year-old daughter Madeleine disappeared.

Earlier that evening, the couple dined with friends at their hotel’s tapas restaurant, while Madeleine and her younger twin siblings Sean and Amelie, both two, slept soundly in their hotel room just 55 metres away from the restaurant. It was agreed that one parent would check on the children throughout the evening, to ensure all was well.

Madeleine’s father Gerry carried out the first check, at 9:05pm. But at 10pm, when Kate McCann went to check on her young children, Madeleine was gone.

She was missing from her bed, while her younger siblings slept soundly beside her.

And despite their tireless efforts over the past 13 years to find Madeleine, the couple still can’t shake the constant rumours that they somehow played a hand in the tragedy.

Now the case is back in the spotlight as British and German authorities are investigating a new suspect, a 43-year-old German man, who has previously been convicted of child sex abuse.

He is currently serving a “long” prison sentence “for an unrelated matter”, German authorities said in June 2020, and the suspect is now being investigation for the “possible murder” of Maddie McCann.

But the McCann family refused to be involved in the project, citing the ongoing police investigation into their daughter’s disappearance.

“We are aware that Netflix are planning to screen a documentary in March 2019 about Madeleine’s disappearance,” Kate and Gerry McCann wrote in a statement at the time.

“The production company told us that they were making the documentary and asked us to participate. We did not see and still do not see how this programme will help the search for Madeleine and, particularly given there is an active police investigation, could potentially hinder it,” the statement read.

“Consequently, our views and preferences are not reflected in the programme.”

So why have the McCann’s been unable to shake the accusations against them?

We explore every single theory linking the parents to Madeleine’s disappearance, so you can decide for yourself.

During one of their first press conferences following Madeleine’s disappearance, Kate and Gerry McCann were asked by a German radio reporter if the “finger of suspicion” was being pointed at them.

“How do you feel about the fact that more and more people seem to be pointing the finger at you, saying the way you behave is not the way people would normally behave when their child is abducted and they seem to imply that you might have something to do with it?” the journalist asked.

Both parents immediately denied the accusations.

Kate McCann replied: “To be honest I don’t actually think that is the case. I think there is a very small minority of people that are criticising us.

“The facts are we were dining very close to the children and we were checking on them very, very regularly. You know we are very responsible parents and we love our children so much. I think it is very few people that are actually criticising us.”

Gerry McCann said he had “never” heard anyone considering them suspects.
“There is absolutely no way Kate and I are involved with this abduction,” he said.

The “Pact of Silence”

The mysterious “Pact Of Silence” is one of the many theories addressed in the new Netflix documentary.
It was actually the original headline on a controversial article by Portuguese journalists Margarida Davim and Felícia Cabri, which suggested the McCanns and their friends had agreed to not talk about what really happened on the night of Madeleine’s disappearance.

The McCanns holidayed with seven friends and their five children in Portugal, and they dined together almost every night at their resort’s tapas restaurant, which led to the media labelling the group, “The Tapas Seven”.

Felícia told the documentary makers that she found it odd that local police had not properly investigated the McCanns, because “we know that in most cases, the culprit is someone who is close to the child.”

One of the odd inconsistencies she found was in Gerry McCann’s claim that the table at the restaurant had a direct “line of sight to the apartment,” which is why they chose to dine there.

“From the position I was in, it was completely impossible to see the apartment or the room where they had left the children to sleep,” Felícia responded. “As an investigative journalist, I have to ask, why? Why would you lie about such a simple thing?”

They also heard that the “Tapas Seven” gathered to work out their timeline and then revised it.

“The word that we ended up using in the title – pact – came from David Payne [one of the McCann’s friends] when he said that they had agreed with Gerry not to talk about what happened … there seems to be an alliance between everyone to protect someone,” Felicia said.

Despite the rumours, both the McCanns and the “Tapas Seven” have always denied any such pact existed.
“We wish to state that there is categorically no ‘pact of silence’ or indeed anything secretive between us – just the desire to assist the search for Madeleine,” the group said in a joint statement at the time, in 2007.

In May 2007, the McCanns set up Madeleine’s Fund: Leaving No Stone Unturned, a charity designed to accept financial donations to assist with the mounting legal cost associated with the case.

Millions of pounds were donated by high profile Britons and celebrities, including J.K Rowling, Richard Branson and Simon Cowell.

But in October 2007, the McCanns were criticised for using some of the fund to make two mortgage payments.

They defended their decision at the time, with the family’s spokesman Clarence Mitchell issuing the following statement: “The fund has always had the ability to assist the family financially if necessary.”
But as soon as the couple were formally name suspects in the case, they no longer used the fund for personal expenses.

“When they were made arguido [suspects], it stopped, which was a mutual decision on the part of the fund and the McCanns,” Madeleine’s uncle John McCann said at the time.

“They were happy to accept that their changed status meant they were no longer entitled to that assistance.”

Portugese police discovered two DNA samples in the McCanns’ hire car – one of which was a “100 per cent match” to Madeleine – were reportedly the type that had come directly from her body, not from clothes she had worn.

On September 7, 2007, Kate and Gerry McCann were officially named as “arguidos”, or “official suspects” in their daughter’s disappearance and were both interrogated by local police. Gerry responded to some questions, but Kate refused to answer any of the 48 questions she was asked over an intense 11 hour interrogation period.

By now, police were alleging that the couple had faked Maddie’s abduction and had hidden her body.

But new revelations uncovered in the Netflix documentary reveal the DNA samples were actually fairly common and Portugese detectives had manipulated the DNA results to get the answer they wanted.
A Portuguese TV reporter Sandra Felgueiras said she was told by her police sources there was a match of “80 per cent minimum” between the DNA samples found insider the car and on Madeleine, but months later final forensic reports confirmed there was no viable evidence linking Madeleine’s DNA to the holiday apartment or car.

“Ultimately when you read through the detail of the DNA you see the absolute red herring it was, but it was a dangerous red herring because I think investigators in Portugal thought this was a smoking gun,” Jim Gamble, a former top child protection officer, told the documentary producers.

A court cleared them of any involvement in Madeleine’s death

In July 2008, the McCanns were formally cleared as suspects by a Portugese court and no longer named as “arguidos” in the case.

Portugal’s attorney general said there was insufficient evidence to continue the police case.

Kate and Gerry said they were relieved by the court’s ruling, but still had no reason to celebrate.

“It is hard to describe how utterly despairing it was to be named arguidos and subsequently portrayed in the media as suspects in our own daughter’s abduction,” she said outside court.

“It has been equally devastating to witness the detrimental effect this status has had on the search for Madeleine.”

The couple’s spokesman Clarence Mitchell said the couple should never have been charged in the first place.
“There is a degree of relief but no air of celebration whatsoever,” Mr Mitchell said.

“They should never have been arguidos [formal suspects]. The fact that they have emerged from this without being charged proves that.”

Kate and Gerry McCann have always denied any involvement in Madeleine’s death, and they’ve vowed to “never give up” hope of finding their daughter.

“I do go back for personal reasons,” she told the BBC. “It’s obviously the last place we were with Madeleine and I still walk those streets and I guess try and look for answers. It helps me, most of the time.”

She says losing her child is the most horrendous experience no parent should have to go through.

“As a parent of an abducted child, I can tell you that it is the most painful and agonising experience you could ever imagine,” she wrote on the couple’s website.

“My thoughts of the fear, confusion and loss of love and security that my precious daughter has had to endure are unbearable – crippling.

“And yet I am not the victim, Madeleine is. No child should ever have to experience something so terrible.” 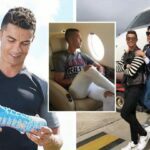 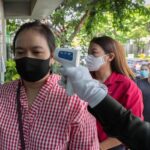