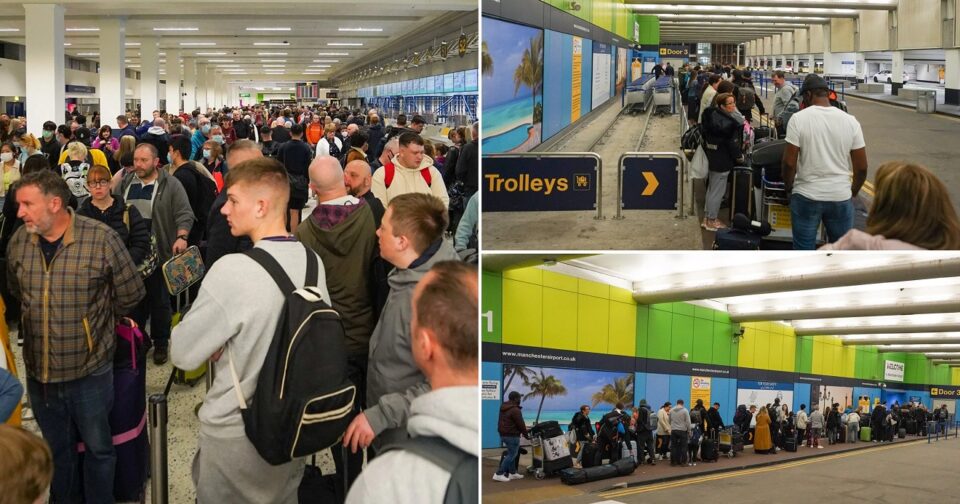 Passengers hoping to get away for the Easter weekend have had to endure more long queues at Manchester Airport.

Holidaymakers arriving at the airport’s Terminal One this morning were met with lines of passengers snaking all the way back to the car park.

Photos taken shortly before 4.30am showed dozens of people waiting to get into the building and hundreds more inside waiting to check bags in.

The airport has struggled to cope with demand this week amid a combination of a surge in passenger numbers and staff shortages which have led to travel chaos.

Today’s queues are understood to have largely subsided by 7am with passengers reporting no issues getting through airport security by around 9am.

However, the early morning queues come after several days of misery for travellers, which could go on until the summer.

More than 1,000 flights were axed across the country this week with Manchester Aiport, along with Heathrow and Birmingham bearing the brunt of the disruption.

Police had to be called in on Wednesday to help deal with the situation as passengers reported the airport had been thrown into ‘complete disarray’.

Andy Burnham, the mayor of Manchester also drafted staff in from the city’s bus and tram network to assist with ‘queue management and communication’.

Piles of suitcases were left in terminals after travellers abandoned the wait to reclaim their baggage after flights and instead left for home.

The public has been advised to arrive at the airport at least three hours before flights, check in bags in advance and minimise hand luggage.

Some airlines also have started offering bag check-in the night before flights if travellers are booked on early services, in a bid to ease congestion.

Staff working at the airport have reported being unable to cope with demand as passengers numbers have surged post-lockdown.

‘The entire work environment is shocking. A lot of people were furloughed and made redundant.’

Speaking anonymously, they continued: ‘Now everything is picking up again, we can’t just get the staff back. It’s absolute carnage right now.’

The airport’s managing director also stepped down amid the Easter holiday chaos.

Karen Smart took on the senior role at the start of the Covid pandemic but was with the company for eight years.

In a statement, Manchester Airport officials said Ms Smart had decided to move to the south of England to be close to her family.

Ian Costigan is set to take on the role of interim managing director in her place and will lead the recruitment drive bosses are praying will solve issues ahead of the summer.

In an open letter to passengers, Manchester Airport has said it ‘understands passengers’ frustrations with the queues and congestion’.

A spokesperson for the airport said queues times this morning were no longer than 55 minutes with the one outside Terminal One being for check-in, which is managed by each individual airline. 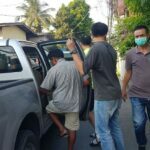