A Mexican ‘drug lord’ wanted in 200 different countries was finally arrested after he ‘abandoned all security protocols’ to spend a few nights with a model.

The Marxist guerilla group is believed to fund itself with involvement in multiple activities, including drug distribution.

Berdugo, known in drug circles as Pitt, was doing business with FARC on behalf of the Sinaloa Cartel, one of the world’s most notorious drug gangs.

But, after finishing up his deals, Berdugo went to meet a model in a luxury apartment in the city of Cali, Valle del Cauca.

The model posted a photo of the two of them kissing and US Drug Enforcement Administration (DEA) saw where he was.

On top of this, security cameras at the Jose Maria Cordova International Airport had already captured Berdugo with a different woman.

The DEA said the Colombian Anti-Narcotics Police and intelligence officers followed Berdugo for early two weeks before arresting him.

The US is trying to extradite Berdugo to face the criminal justice system there but lawyers are currently fighting the order.

Police spokesperson General Jorge Vargas Valencia said: ‘We believe this result was the most important in terms of capturing Mexican cartel delegates who come to commit drug trafficking crimes with FARC in Cauca.’ 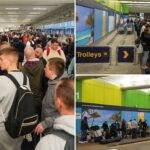 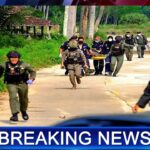