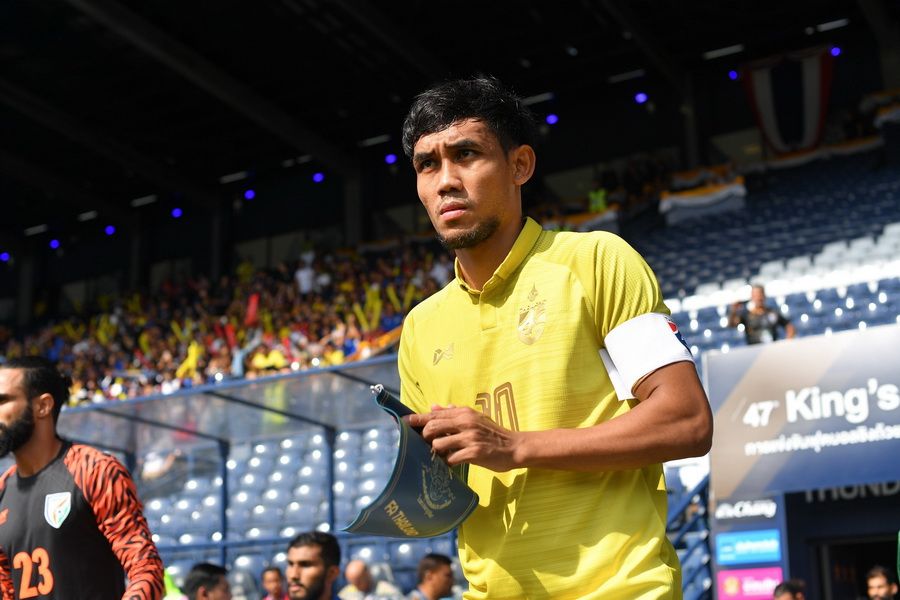 The 31-year-old striker, after missing two matches through injury, finally appeared in his 100th game with the national team but walked off the pitch at the Chang Arena in Buri Ram with his head held low after his side suffered back-to-back defeats following their loss by the same score to Vietnam on Wednesday.

“It doesn’t matter what cap it is if your team loses,’’ lamented the Muangthong United star. “I was so disappointed that the result wasn’t what we expected,” he added.

The home team conceded the goal in the 17th minute when Anirudh Thapa converted a pass from Adil Ahmed Khan. Thapa previously scored against Thailand in January’s Asian Cup, in a game India also won – 4-1.

“I was not happy with my performance at all. I had several scoring opportunities but I didn’t take them. I wish I could have helped the team more,” added the downhearted Thai captain, who has just recovered from a back injury.

The national team will next play during Fifa World Cup Qualification in September. But with his far-from-impressive form this year and injury problems, Teerasil is uncertain if he will be called up for the September schedule.

“If I’m not part of plans, it won’t be a surprise. That’s the way football is. But I will always be there for the national team if I’m needed – for the first or second stringers,” Teerasil said.

Meanwhile, the women’s World Cup team has kicked into high gear in preparation for a Herculean task against defending champions USA in their group F first round-robin game in Reims, France.

National coach Nuengrutai Srathongvian is training her side to focus on high balls and how to tackle the American’s fast attacking game. The two nations face off early on Wednesday, Bangkok time.

“We have to fix some defensive aspects after the warm-up game with Belgium [which Thailand lost 6-1]. I expect more variety of attacking tactics from USA,” Nuengrutai said. 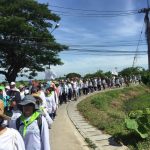 The Hope For Better Access To Cannabis After ‘Cannabis Walk’ Ends 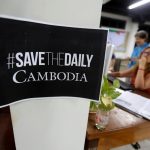 Media Summit In Cambodia With Lack Of Freedom