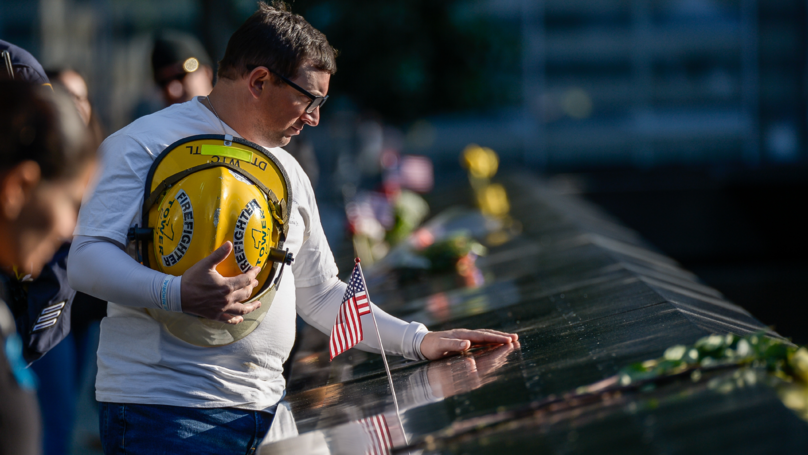 9/11 Anniversary: On 11 September 2001, the world as we knew it changed forever. Two aeroplanes were hijacked and crashed into the World Trade Centre towers in Manhattan, New York.

Two further planes were hijacked, with one crashing into the Pentagon building, and another failing to reach its target, thanks to the efforts of the brave people on board.

Around 3,000 people were killed – many instantly. The number of those injured was even greater, and the two towers went on to collapse in a terrifying ball of fire, dust, and metal.

The attacks changed the rules of the game with regards to how authorities deal with terrorism and began an escalation in the frequency of similar types of events that continues to this day.

Whilst it may not have been the first terrorist incident to shock the world, it was certainly the one that captured the world’s attention unlike any other.

For many people, the self-preservation instinct is to run away from danger in these situations. However, today should be a day to remember those who run bravely towards such incidents in defence or in aid of others – particularly the emergency services.

The attacks on 9/11 led to the deaths of 343 firefighters, 60 police officers, and eight medics. Since then, hundreds more have died of illnesses picked up during the rescue operation and the clean-up.

Even for those who survived, the trauma and mental anguish can’t be undone.

Without their sacrifices and efforts, there can be no doubt that the catastrophe would have been dramatically worse.

It’s a good time to reflect on the efforts of the emergency services around the world – the police, fire and medical personnel who regularly put their lives on the line to protect, help, and rescue people.

They are out there on a daily basis to keep watch for danger – and then when it comes, they can be found rushing headlong towards it. Saving lives is not out of the ordinary for these people, it’s just part of the job description.