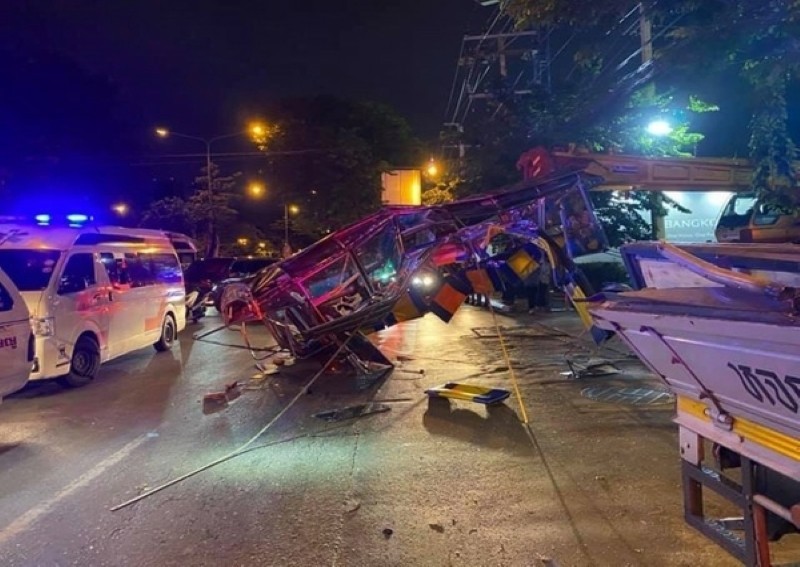 Nine migrant labourers were hurt when a crane accidentally tore off the roof of their truck on Wireless Road in Bangkok’s Pathumwan district on Wednesday night.

Lumphini Station police, who were alerted to the incident at 9.40pm at a construction site approximately 300 metres from the Japanese Embassy, arrived quickly at the scene to find the roof of the six-wheeler truck, which was modified as a transporter for construction staff, completely torn off by the hook of a yellow crane truck.

The nine injured passengers, all migrant workers from neighbouring countries, were rushed to Chulalongkorn Memorial Hospital, Police General Hospital and Lerdsin Hospital. The extent of their injuries were not immediately known.

A witness reportedly told police officers that as the crane truck exited the construction site, its dangling iron hook got caught on the roof of the passing transporter on Wireless Road, tearing the roof clean off the transporter.

Police have not charged anyone yet, but are interviewing the crane truck driver to determine the cause of the accident.

Traffic police had to remove the two vehicles out of the way to relieve traffic congestion. 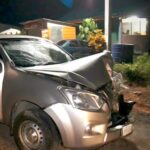 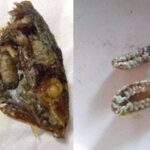