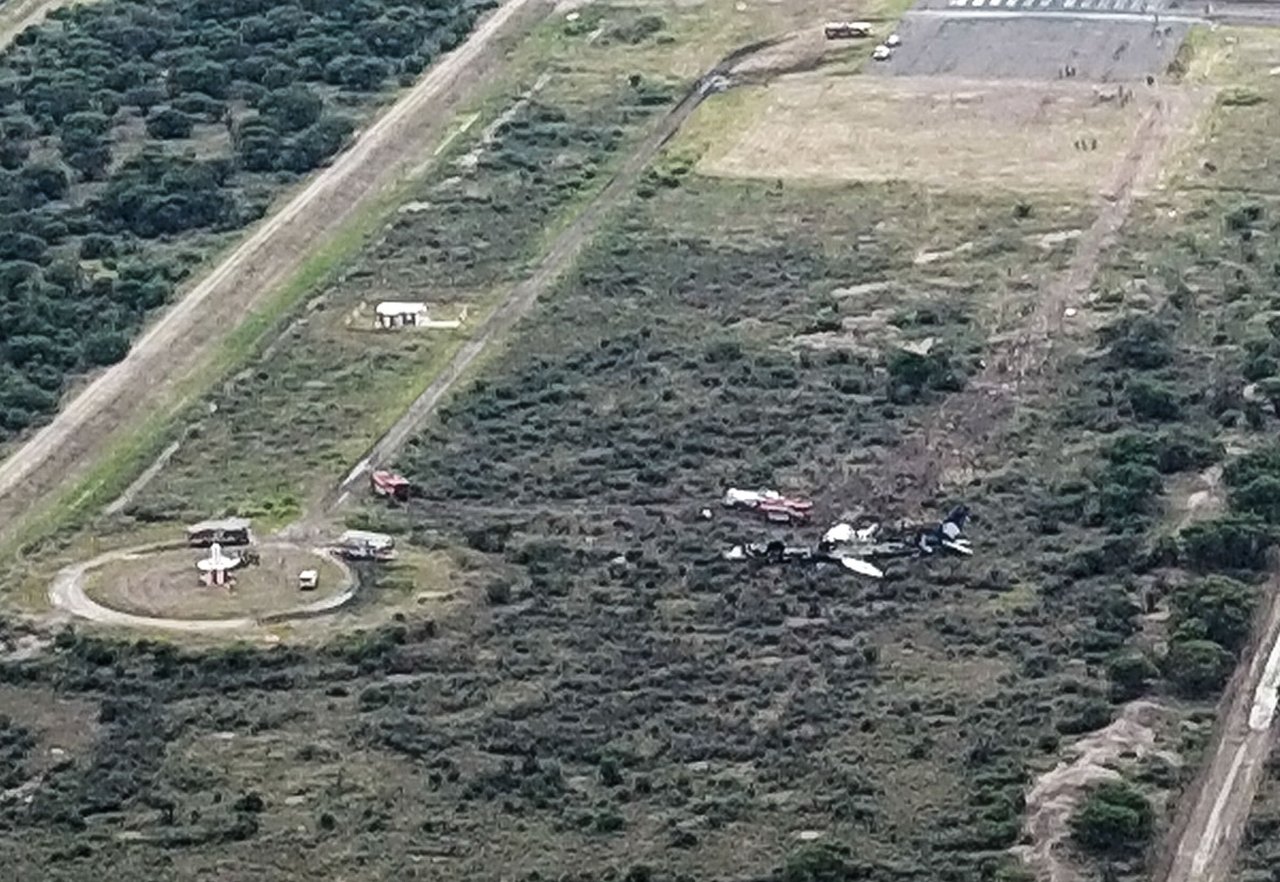 At least 85 people were injured after an Aeromexico flight crashed on takeoff during a heavy hail storm in northern Mexico, engulfing the plane in flames, officials said Tuesday.

The Embraer 190 aircraft, which was operating between Durango and Mexico City, crashed around 4pm local time (21:00 GMT), “with 97 passengers and four crew members on board,” according to Mexico’s transport minister Gerardo Ruiz Esparza.

“It is confirmed that there have been no deaths from the flight #AM2431 accident,” tweeted Jose Rosas, the governor of Durango state where the crash happened.

Dozens of lightly injured passengers were seen leaving the plane, which was engulfed in gray smoke in a field.

Forty-nine were hospitalized while the rest were allowed to go home.

“The fire started after the emergency landing” but “fortunately no one suffered burns,” said Cardoza.

An image taken using a drone and obtained by AFP shows the aircraft immobilized in a field at the end of the runway.

“We were on the runway when the visibility grew worse,” 47-year-old Jacqueline Flores, who was traveling with her 16-year-old daughter, told AFP.

“When we were already aloft, up high, it felt like the plane was going to level out but just then is when it plunged to the ground.

“I think we fell back on the runway because it was a hard surface, then we skidded on the ground until it stopped,” added the Durango native, a housewife who was on a journey back to Colombia where she lives.

With the plane on the ground amid some bushes and brush, Flores said luggage began sliding down the aisle and she started to smell smoke.

“I undid my seatbelt and saw flames, and realized we had to jump.

“There was a hole right next to us and the plane had broken up, I told my girl ‘We have to jump over here’ and we jumped,” she added.

According to Rosas, the passengers helped each other quickly evacuate the aircraft through the openings in the cabin caused by the accident.

In July 1981, an Aeromexico flight crashed on landing in northern Chihuahua due to bad weather, killing 32.