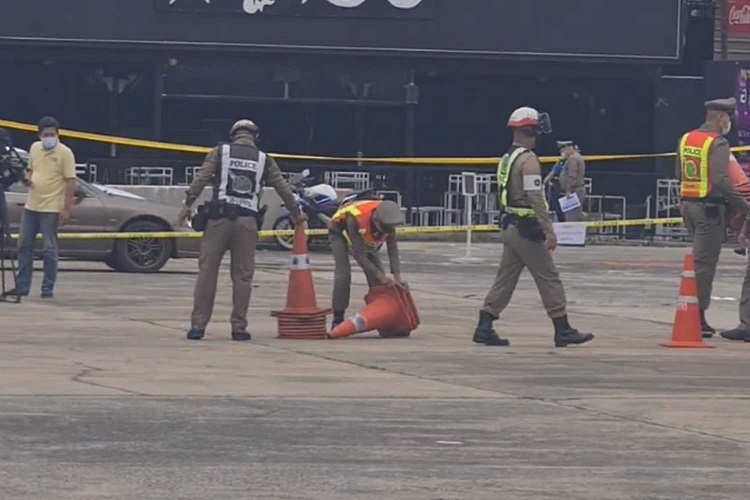 Two people were killed and five others wounded in a gunfight between two gangs in a car park at a night market in Muang district of Ubon Ratchathani late on Wednesday night.

They were rushed to three nearby hospitals. Two of them who were shot in the head and body were pronounced dead at a hospital, Thai media reported.

At least 70 spent cartridges were found scattered over the parking area. Five vehicles were damaged.

Witnesses told police they heard a noisy quarrel between two groups of young men. The quarrel quickly escalated to violence with many gunshots fired. The gunfire continued for several minutes.

Seven people were hit by bullets. Five ended up lying in pools of blood in the car park, and the two others were found at a nearby food shop, Pol Lt Kiarttichart said.

A preliminary investigation found that membrs of two gangs were involved  – the Kham Yai gang and the Hat Wat Tai gang. They had met to settle a personal dispute at a grilled meat shop in the area.

They failed to reach any agreement and a loud quarrel erupted. The two groups left the shop for the nearby parking lot and gunshots were heard shortly after.

Pol Lt Gen Somprasong Yenthuam, commissioner of the Provincial Police Region 3, said the gunfight lasted about 10 minutes. One suspect had been arrested. 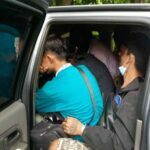 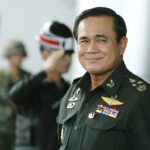 How much longer can Prayut legally stay in power?