Police raided a Bangkok pub for violating the closing hour rule early on Saturday and detained 45 people who later tested positive for drugs.

Pol Maj-General Surachet Hakpal, the deputy commissioner of the Tourist Police Bureau, led the raid on the Ripper House pub on Sukhumvit Soi 23 in Vadhana district at 3.30am after police received complaints that it violated the 2am closing rule. Police found that some 80 people still drinking and dancing. They were rounded up for urine tests. Forty-five people tested positive, of whom 16 were women.

One of the 45 was charged with being in possession of ketamine after police found a small amount of the drug on him. He was identified as Phisit Anamnart, 23. The 44 others were charged with drug abuse. Police arrested the pub manager, identified only as Supachai, for running an unlicensed entertainment place as the pub was found to have no licence. NT – EP 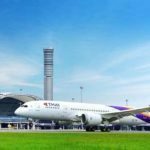