Another body has been pulled out of the waters of the Andaman Sea and delivered to Vachira Phuket Hospital, raising the confirmed death toll from the Phoenix diving yacht’s capsizing to 43.

A Navy boat at 8.30pm on Monday brought the unidentified female body to an ambulance at the pier of the Andaman marine resources research and development centre in Tambon Wichit of Phuket’s Muang district.

The body was sent for a DVI (disaster victim identification) process at the hospital. Third Naval Area commander Vice Admiral Somnuek Prempramote witnessed the delivery of the body at the pier.

The corpse was found in the sea between Phang Nga’s Koh Dok Mai and Phuket’s Koh Mai Thon.

The authorities said there were 89 tourists aboard the yacht. Thirty seven were rescued, while and 43 are now confirmed dead while nine remain missing.

But the authorities believe five of the missing nine are alive and have not yet reported themselves to the authorities. If accurate, four people remain missing, with one them spotted trapped under the yacht.

Somnuek said the Navy would on Tuesday attempt tying a rope between a Navy ship and the yacht to move the capsized boat sufficiently to retrieve the trapped body.

Navy divers would use air blowers to try to clear the sand around the yacht before tying it to the Navy ship for the operation, the commander said. 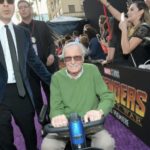