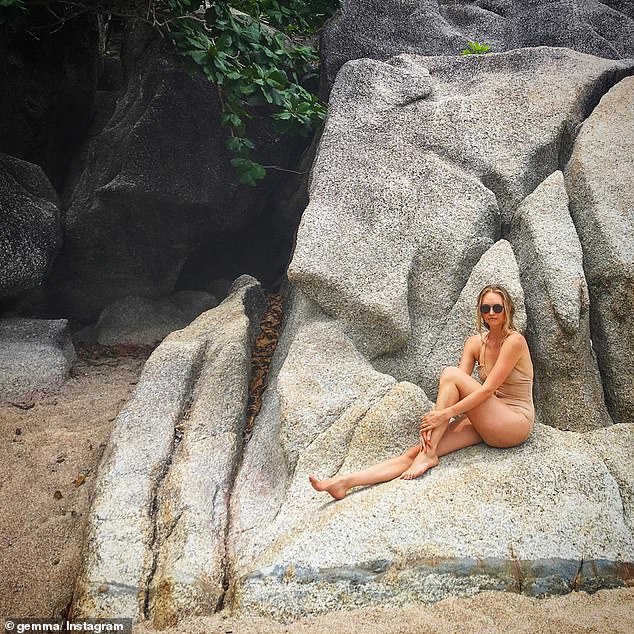 As one of Australia’s most seasoned supermodels, Gemma Ward has worn more than a few extravagant outfits.

But on Saturday, the 31-year-old shared a snap of herself holidaying in Thailand wearing what appeared to be no clothing at all.

In a post shared to Instagram, the ethereal beauty appeared to go completely nude while relaxing against a rock face at Haad Whynam Beach.

However, upon closer inspection, it becomes clear that Gemma is actually wearing a flesh-toned one-piece swimsuit.

In a second photo, Gemma is also seen wearing the same optical illusion swimwear while leaning gently against a rocky crag. 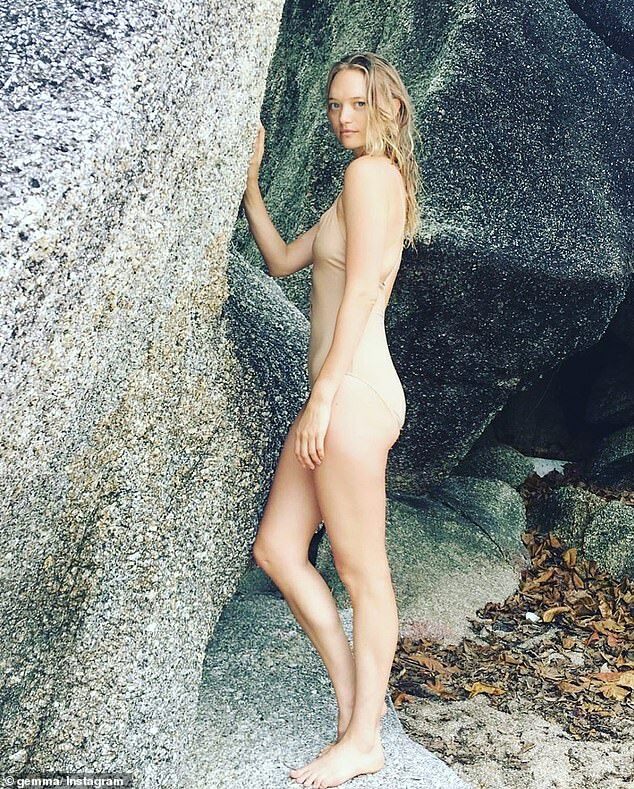 She captioned the first photo with a poem by Paul Laurence Dunbar, which read in part: ‘Dream on, for dreams are sweet: Do not awaken!’

The second photo was captioned:  ‘Beach Day in Thailand had so much fun with my girls, such a beautiful beach, such a fun day’.

Other photos from the holiday show the beauty at Haad Wai Nam, a beach pavillion in Ban Tai, Thailand, where she enjoyed a coconut drink.

In June, The Daily Telegraph reported that Gemma had split with long-time partner, David Letts.

The publication also reported that the pair want to stay close so they can continue to co-parent their children. 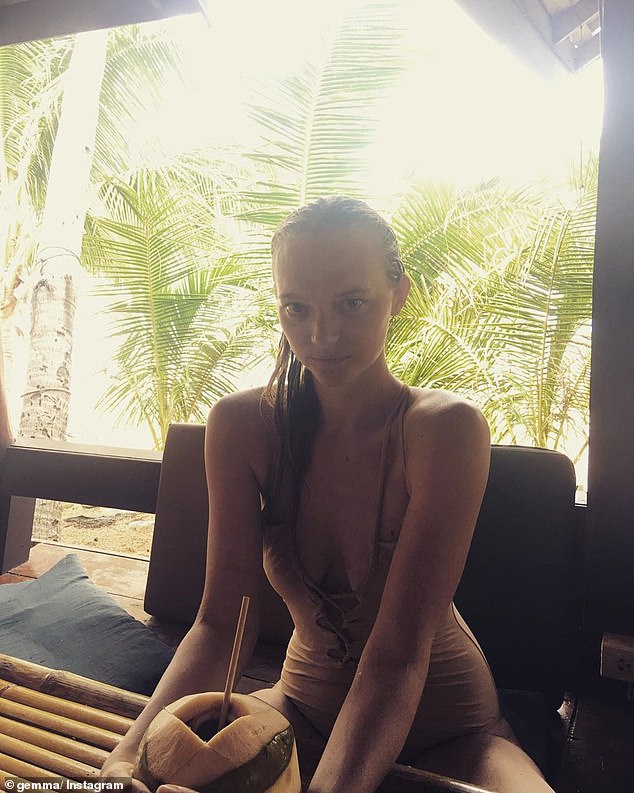 Gemma and her former partner David became parents in early December 2013 when she gave birth to a baby girl, Naia, five.

They welcomed their second child, son Jett, two, in January 2017.