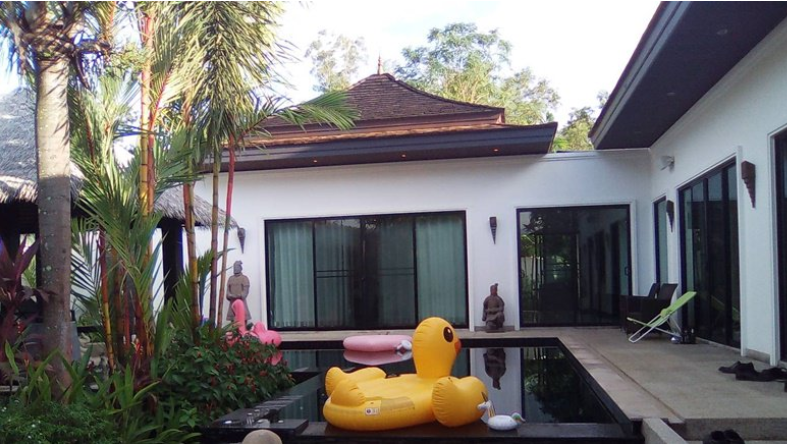 Thalang Police are investigating the alleged theft of possessions totalling over THB400,000 from a luxury villa in Baan Don, Thalang in which a 39-year-old Brazilian tourist and eight of her friends were staying for four days.

Katarine Pereira, 39, filed a complaint with Thalang Police on Sunday about the theft at Villas Aelita Pool Villa Resort.

Capt. Suporn Muangkhai, Deputy Inspector of the Thalang Police, received the complaint and went to inspect the scene.

“There are several villas at the scene and each villa has a high privacy wall. Authorities have inspected the scene of the incident at villa B1 and noted that the footprints of the suspects were inside the rooms,” said Capt. Supron.

“We traced the surrounding area at several points, including the wall behind the villa, and coordinated with an officer from the Police Forensic Science Center 8,” he said.

“Ms. Pereira said she and her eight friends checked in to the villa on Jan. 5 and was set to leave Jan. 9.

“The day before the incident, on the evening of Jan. 6, they held a party and went to sleep in different rooms at about 1am after which it began to rain heavily,” he added.

Later, at around 5:30am, one of Pereira’s friends discovered footprints and traces of a break-in at the property. He woke up Pereira and other friends and they checked and found that two rooms’ doors were unlocked.

A further US$600 in cash was also taken, along with one Louis Vuitton handbag, two Michael Kors handbags, one Furla handbag, various items of jewellery including green gemstones, a set of earrings, “The total value of the stolen items is estimated to be THB400k,” said Capt. Suporn.

“Officers have questioned the residents of the villa, and we are checking CCTV cameras in the villa and nearby to find the criminal/s and prosecute them according to the law,” he added. 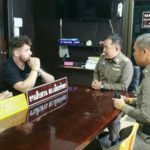 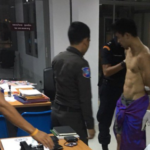 American high as a kite, walks naked around Phuket airport