SAMUT PRAKAN: The body of a 19-year-old man suspected of having being killed by anti-obesity supplements he was taking was discovered inside an apartment room in Muang district on Thursday night.
Samrong Nua police were alerted to the death at the seven-storey apartment on Soi Sri Dan in Moo 5 of tambon Samrong Nua around 8pm.
Upon arrival, the deceased was found naked in the bathroom of his room on the fifth floor. Forensic officials said he had been dead for more than 12 hours.
His clothes and belongings were scattered across the apartment room floor. Officials also found two unsealed bottles of weight loss products on the top of the refrigerator. The name of the deceased was withheld.

Arthit Yuphaking, 23, the dead man’s friend, said the young man had no chronic illnesses. However, he noticed his friend been drinking a large amount of water, four or five litres a day, over the past week. On Sunday he had excused himself from the dinner table at Mu Kratha, a Thai-style barbecue restaurant, saying he was unwell and felt a tightness in his chest.
The man then called Mr Arthit on Wednesday about 7.30pm, asking him to sleep over with him. His voice seemed so weak. Mr Arthit arrived at the apartment building about 1am the following day but he was unable to contact his friend. He then sent a message via a Line chat application, telling the man to contact him or his mother when he woke up.

Mr Arthit returned to the apartment again on Thursday night after he did not receive a call and could not contact his friend.  He went to the man’s room and found the door was locked from the inside. He  opened the door with a spare key from the apartment building’s owner and found the body inside. Police said it appeared the young man suffered a major trauma, collapsed on the floor and died. They suspected it was caused by substances in the diet pills. The deceased’s friends and colleagues will be further questioned. Police are awaiting the results of a post-mortem examination from the Institute of Forensic Medicine to determine the cause of death. 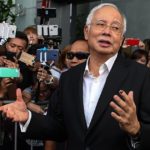